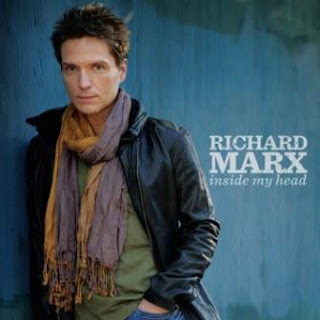 You wioll love this album if you are a fan of finely crafted AOR. Richard Marx has released a number of hugely successful albgums and singles over the last twenty plus yeats his latest album is released through Frontiers and is called Inside My Head. It is a double CD.

The first CD of the “Inside My Head” set is a new studio record. It features two bonus tracks as well as collaborations with some of the most talent singer songwriters in the business including Chris Daughtry (“Had Enough” and “On The Inside”), Chad Kroeger of Nickelback (who also co-wrote “On The Inside”), Matt Scannell of Vertical Horizon (who played and co-wrote “Always on Your Mind”), Jason Wade of Lifehouse (who co-wrote “Had Enough”, also released by his band on “Smoke and Mirrors”), Fee Waybill of The Tubes (“Come Running”), Dann Huff (co-producer and guitarist on “Loved”) and many others.

Marx said: “I'm excited to be putting out a new release in Europe. My fans there have been incredibly loyal and I hope they like this new music and I hope to be back over touring there soon.”

You can watch an EPK for the album here:
http://www.youtube.com/watch?feature=player_embedded&v=9-Q8MahQVXI
Posted by Jon Kirkman at 16:25