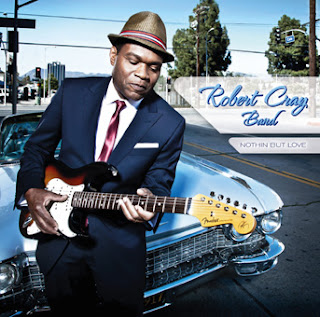 Five-time Grammy award winning legend and Blues Hall of Fame Inductee Robert Cray is pleased to announce that his brand new studio album Nothin But Love will be released in the UK by Provogue Records on Monday August 27th.

Nothin But Love is Cray’s sixteenth studio album and marks the latest milestone in a career that has produced 15 Grammy award nominations (5 wins), over 12 million record sales worldwide, thousands of sold out concerts across the globe, and even his own signature line of Fender guitars.

Produced with what Shirley refers to as “the dirt under the fingernails,” Nothin But Love was recorded live over two-weeks at the Revolver Studios in LA. The album features the soaring break-up blues of Won’t Be Coming Home, the jazz chops of I’ll Always Remember You, the soul-drenched ode to repossession that is Great Big Old House and the frantic ’50s-flavoured rocker Side Dish.

You can view an EPK of the Making Of The Album Here:
http://www.youtube.com/embed/mTBAR15D-hw
Posted by Jon Kirkman at 12:35