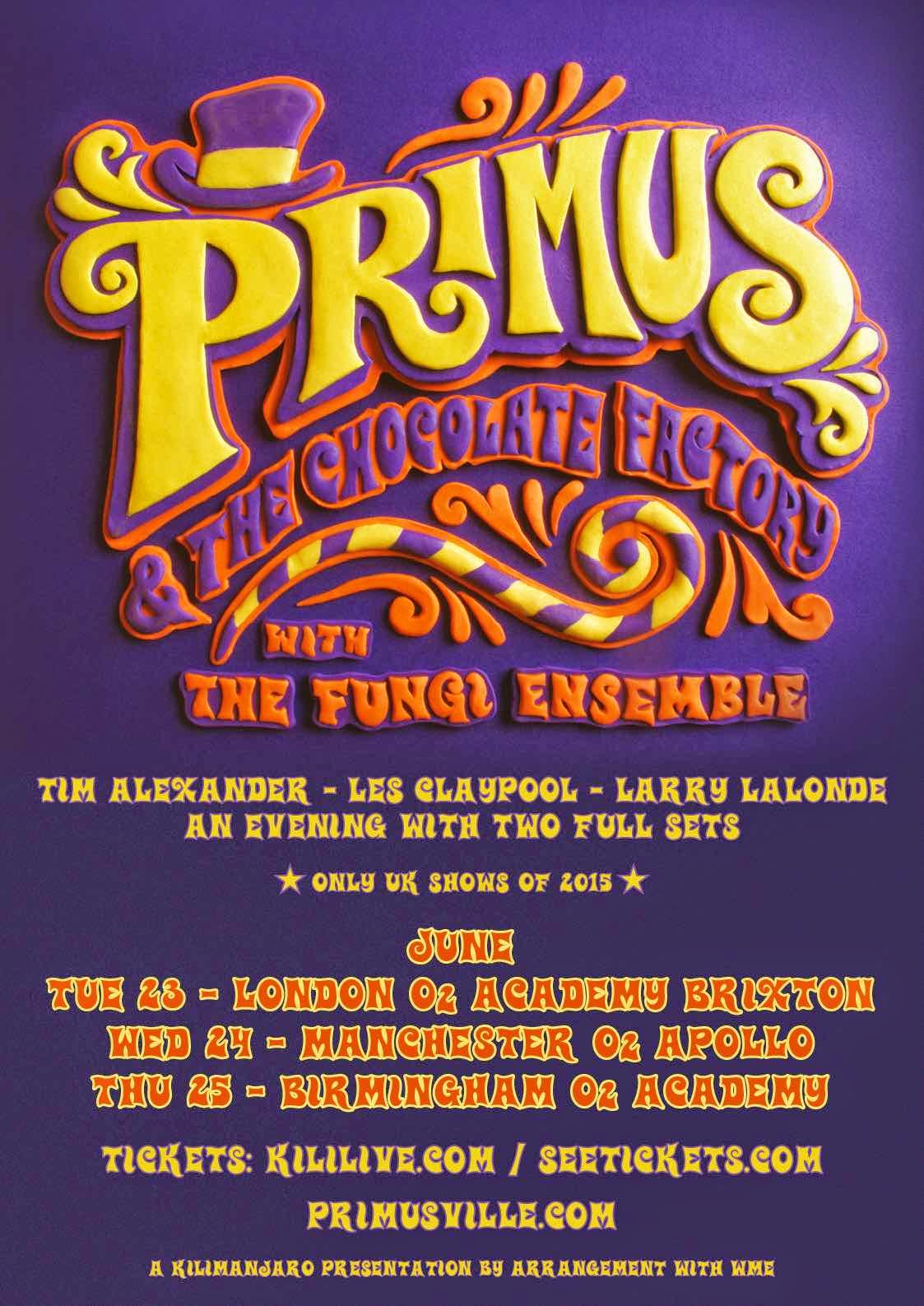 Primus Return To UK For Live Shows.
First Shows In The UK For 18 Years

Primus are set to return to the UK for the first time since 2012 for 3 special shows.   ‘An evening with Primus’ will consist of 2 full sets and encores.

All three shows will be extra special as they will be the first UK shows for 18 years to feature the original line up of Tim Alexander, Led Claypool and Larry Lalonde.

‘Primus & The Chocolate Factory’ will be performed in it’s entirely, an album born out of a New Years Eve Willy Wonka-themed Primus show. Claypool says “…it felt good… I don’t think we’ve ever had a better combination of elements,” it felt so good, in fact, that he decided to take Primus into the studio to prepare the soundtrack for an album release.  Claypool admits that he’s always, “in some way, wanted to be Willy Wonka,” and, also, that he’s always wanted to work a cover of “The Candyman” -- a memorable number from the film’s soundtrack -- into Primus sets

Primus are one of the most influential and forward thinking guitar bands of our time, known for their alternative anthems ‘Tommy The Cat, ‘Those Dammed Blue Collar Tweekers’, ‘Lacquer Head’ , ‘My Name Is Mud’, ‘Jerry Was A Racecar Driver’ and of course the ‘South Park Theme’.

Formed in 1984 Primus has gone onto become one of the most important alt-rock bands of the last 30 years with releases such as ‘Suck On This’, ‘Sailing The Sea Of Cheese’, ‘Pork Soda’, The Brown Album’, ‘The Anti Pop’ and more recently with ‘Green Naugahyde’. The band have gone on to tour with the likes of Rush, U2 and Public Enemy, showing their versatility and have sold over 7 million albums worldwide. Be sure to catch what will no doubt be an extremely memorable evening.