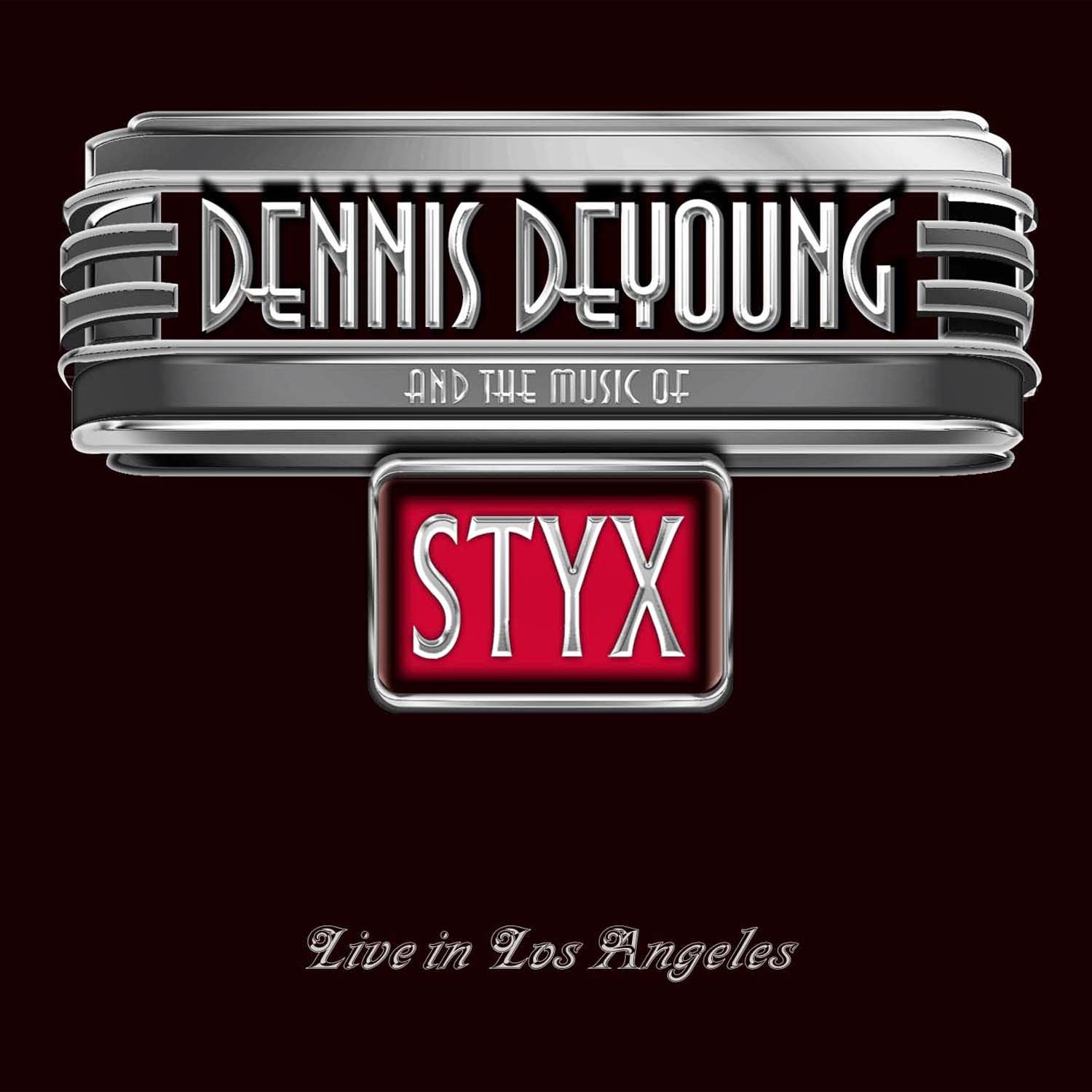 Delivers A Live Album of Styx Classics
On March 18th, 2014; Dennis DeYoung, the legendary front man of Styx and author of five key songs that define that band’s career, returned to Los Angeles for the first time during his solo career to a sold out show at the El Rey Theater. Recorded live for AXS-TV and captured in pristine HD quality, the performance has been slated for release via Frontiers Records.

Los Angeles FM radio giant 100.3 The Sound aided in show promotion with morning show host Uncle Joe Benson offering tickets to listeners in limited supply, just 20 seats available to winning entrants. In just a few short hours of the show’s announcement, tickets sold out at an astounding fan appreciation price of just five dollars. With gratitude to fans that have supported DeYoung over the years, the show was truly a gift of thanks to long-time fans that haven’t seen him perform outside of Styx in Los Angeles, ever.

With doors opening at 8:00 pm, fans lined the sidewalk starting in the 6 o’clock hour on Wilshire Boulevard with tickets in hand and the buzz was about what songs the band might perform. Photos and reviews of the previous show in Joliet, IL had revealed guitarist August Zadra taking the vocal lead on select songs and fans shared the amazing sound of the band being so close to the record it was guaranteed hit all the right chords with lifelong fans! Still, what patrons would get tonight was an absolute surprise.

The amazing stage set was designed by DeYoung’s son and through the black backdrop shone multiple gemlike circles that glowed from one side of the stage to the other like a blanket of stars with the colors of the rainbow. Neon-like spots aimed both high and low rained down an array of light that swept over the audience. Packed from the front of the stage to the back of the house, the inside of the El Rey seemed more like a night at the Forum in 1985; just bigger than life and ready for broadcast.

Opening the show with “The Grand Illusion,” the band performed for an hour and a half, and had DeYoung interacting with the crowd. On two occasions he was handed items that from the audience that he shared with fans. One was a copy of the Styx “Paradise Theater” album, on vinyl, and another was a fan-made sign requesting a personal song favorite – “Desert Moon.”

Dennis and the members of the band took well over an hour of personal time upstairs at a VIP meet and greet with fans and Los Angeles based friends who attended the gala. AXS-TV brought in a 25+ foot boom arm and 8 cameras to capture the magic of the show and the house production offered simply the most crisp and well perfected tone the band could create for a night that fans are going to cherish on DVD for the “REST of Times.