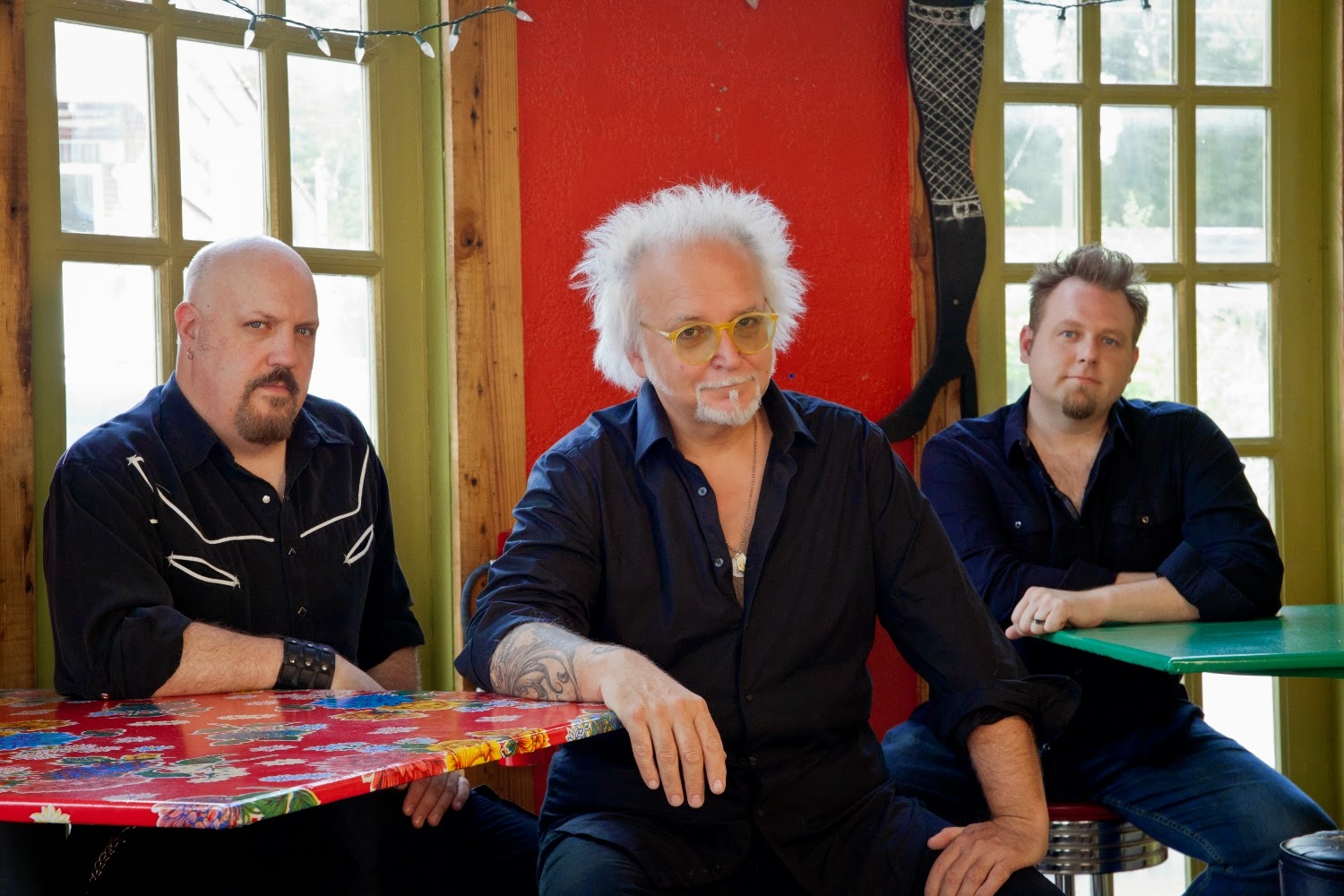 Reeves Gabrels, long-time artistic partner of David Bowie and The Cure’s current lead guitarist, brings his power trio, Reeves Gabrels & His Imaginary Fr13nds, from Nashville to England to play in small venues starting on September 30. Lovers of superb songs, stellar musicianship and fearless improvisation will all want to see and hear Reeves & friends in action.

The band’s live sets will preview songs from their forthcoming album, also titled Reeves Gabrels & His Imaginary Fr13nds, which is to be released digitally just as they head home, on October 13. Highlights include the biting “Drown You Out” and the spooky “House of Usher” (titled after an Edgar Allan Poe story from an 1840 collection Tales of the Grotesque and Arabesque). Uncommon interpretations of Bo Diddley’s early rocker “Who Do You Love” and Jimmy Reed’s blues “Bright Lights, Big City” also feature. Album details and pre-order links will be available on the date of the first performance, September 30.

Fans of earlier Reeves Gabrels albums will also be well pleased at the performances, as the trio will play songs from Sacred Squall of Now (1995), Ulysses (1999) and Rockonica (2005). And of course selected co-writes—Tin Machine’s "Bus Stop" (David Bowie/Reeves Gabrels) and "Yesterday's Gone" (Reeves Gabrels/Robert Smith) will be a treat for English audiences.
Nine dates in England are confirmed for Reeves Gabrels & His Imaginary Fr13nds this September/October 2014