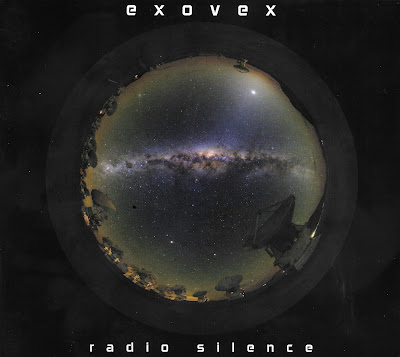 Everyday I open my snail mailbox, I never know what I'm going to find. Eliminated bills by going paperless, so that cut down on the volume delivered, a little. Now the metal containers contents range from the typical junk mail, that we're told pays the letter carriers salary so to please tolerate, to correspondence by those unfamiliar with email, or just not having my email address. Items I buy on the Internet arrive on time and unharmed, thanks in part to the Katy, Texas Postal Service doing an excellent job, and then I get total surprises. Could be items from friends, or family. And then last but not least, comes the small boxes and bubble pack envelopes that have music CDs, or DVDs in them. Some I ordered, and some I didn't have a clue was coming. I think of these as; GIFTS FROM STRANGERS. Those who play along know that if inspired, that I might use their product as something to write about, and thusly tell the world via the world wide web, my hopefully positive opinion of their newest project. Musicwise it could be a musician, or a band that I already know, or a player(s) that I'm entirely unfamiliar with. It happens. In the case of Exovex, I was completely unaware of its existence, up to the time I opened the package it arrived in. Also, the name, Dale Simmons, who is the principal musician in Exovex, didn't ring any bells. What else to do but put the new CD in my Phillips CD player, and press the play button.

As a writer, one will develop a reputation. Those who read my columns on a regular basis know that when it comes to rock, I may prefer hard rock to soft, but I'm a Prog-Head through and through. Stimulates my mind more than, say a three cord, three minute, straight forward rock n' roll song would. Then again make it upbeat, and possibly I'll dig that as well.

Fact is Prog-Rock is special to me, be it old school (Yes, Pink Floyd, or Genesis .. just to name a few), or today's Modern-Prog sound. I certainly don't confess to enjoying it all. Besides liking something, the flip side would be whatever I hear bores me to tears. Acoustic guitar and voice is hit and miss as far as I'm concerned. Or to my ears, the vocal performance could just out and out suck. Sound out of place. Sometimes I'll tolerate or even come to enjoy what I consider questionable vocals, if I like the other musicians the vocal performance is associated with. Other times not, with strike one, meaning you're out. If I can't make it past two plays, I can't review it. Apologies ahead of time.

Part of writing is the research. The most important question to me after committing to writing about my experiences listening to Exovex - Radio Silence was; Who is Dale Simmons? Answer is; a professional singer, lyricist, songwriter, guitarist (acoustic, electric, and bass), piano / keyboard player. And besides doing his own thing, was a front man for several bands from the early nineties. Experience to me is a good thing. Dale digs progressive art rock, jazz and funk. He's also a self proclaimed coffee addict. A little more research and I could tell you his shoe size. Either here nor there.

If a first timer reading my work, within what is considered the prog-rock realm is, the concept album. Tells a story. Radio Silence tells one of a man who just wants to be alone. For every action a reaction as the man finds out isolation isn't as fulfilling as he has thought it would be. Official promo for the album states: “The central theme of the album focuses on the downward spiral and ultimate demise of a man due to the psychological and physical effects of a long term, self-imposed isolation." I conclude, lyrics are brain candy for those once focused. Dale's vocals ranging from mild to wild.

Musically I hear sounds at times that remind me of prog-music past; David Gilmore late 70's and forward playing style, and Circa:, a superb modern prog rock band with Billy Sherwood, and among others, original keyboard player for Yes, Tony Kaye. More so comparing vocal sound and style in which is delivered. I also hear 90's prog-rock group Porcupine Tree somewhat, with their being a good reason as to why. Two musicians from that band make guest appearances on Exovex - Radio Silence; drummer Gavin Harrison, and keyboardist Richard Barbieri. Fit very nicely to what Dale got going on. Each performing on a different number. Other notable players join in, drummers Keith Carlock, and Josh Freese. Credits also include Nicole Neely, adding textures of cello, viola, and violin. If keeping score at home, we have Dale in three positions (all vocals, all guitar work, and all piano / keyboard work except for the one song in which Richard Barbieri kicks ass), Vs a drummer and string position. Nice touch by the way. Wait...Tim designed the CD cover. Bonus point for the win! Ends up being what you hear coming out of the speakers, is three quarters all one guy. Very impressive!

Using the one to five star rating system, whereas one star means it's not worth investing time nor money in, to five stars which means it's not only cool to dive in head first and submerge yourself, but also spend your hard earned money on, Uncle G gives Exovex - Radio Silence …5 stars! Spacy prog to seriously rocking out, this album has it all. I would say buy it just to hear Dale Simmons play. He spent years perfecting himself musically. The guitar work on Radio Silence jumps out of my three foot speakers, and takes command of all inside the house. Dale's piano / keyboard work is just as good. All other musicians contributions are top notch. On headphones, Radio Silence sounds crisp, and alive. A tip of the hat to those behind the scenes. Oh, and I also like the use of voice and sound effects, especially on a concept piece of work. Adds dimension, and believability if done right. Just perfect here! The more repeat listens, the more this brilliant debut album on the whole, will be appreciated. My experience exactly!