On January of this year, Tim Russ released a new solo album entitled, Lifeline, that is currently for sale on the website CD Baby Dot Com, and on Apple's iTunes. It's also being promoted on his personal website. Please join us as we were lucky enough to get a few minutes of Tim's time, to have a chat about music in general, and his newest musical accomplishment. 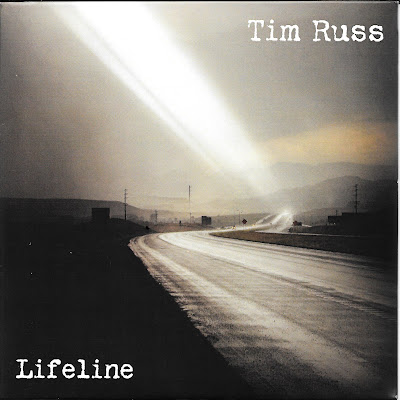 ClassicRockRadio.co.uk: When starting out on your musical journey, what song or musician / band motivated you the most to pursue a musical career?

ClassicRockRadio.co.uk: Your first electric guitar, what made you want that particular model? Was it the distinctive sound when you heard it being played, something aesthetically pleasing about the way it feels in your hands, or a combination?

Tim Russ: Well since it was my first guitar it was a Gibson 335 copy, very inexpensive but it worked. My parents weren't gonna buy a more expensive guitar until they realized I was serious about playing. I wasn't that concerned about the sound quality, as long as I could play it.

ClassicRockRadio.co.uk: What was the first song you learned so that you could perform it in front of a crowd, solo or with a band, and how old were you at the time?

Tim Russ: I'm pretty sure it was the standard first song you learned at that time which was "Gloria." After that it may have been "Smoke on the Water."


ClassicRockRadio.co.uk: When composing a new song like the title track off your latest CD, Lifeline, what comes first for you, the lyrics, or the instrumentation? Also, while on the subject, can you elaborate some on the lyrics meaning?

Tim Russ: "Lifeline" was written for a feature film I played a role in - to be used specifically over the credit roll at the end. I started with the chorus lyrics and concept first. Then worked out the chorus changes, and then the verse melody and lyrics. Typically the music/melody comes to me first, then the lyrics. And I usually write the lyrics based on a concept. In the case of "Lifeline," I based the lyrics on the storyline of the film. It has to do with being lost, isolated, alone, reaching out for help.

ClassicRockRadio.co.uk: Ten songs out of twelve on Lifeline are songs others wrote. What process do you go through finding material for an album that you feel comfortable covering / adding your own spin on? Do certain songs just stick in your mind after hearing them as possibly something to do yourself down the road?

Tim Russ: Most of the time, I choose the songs I put on an album based on having played them often with my band. The arrangement and feel of the song evolves over time while playing it live with my band. And the last piece is just my liking the song enough to want to record it and put it on a CD. Looking back...there are a few songs on my CD's that I am not so happy about having recorded.

ClassicRockRadio.co.uk: The first eleven tracks to Lifeline maintain a certain flow, whereas the last track, and what I think of as more a bonus track, Doom Doom Diggity, really stands out on it's own. Everything about it's wild! A personal favorite of mine. Your second of two songwriting credits on Lifeline. Is what we hear on 'Doom Doom Diggity' all you? Also, would you care to tell us the story behind such a track?

Tim Russ: "Doom Doom Diggity" was also written specifically for a film called, "They Want Dick Dickster," and it is definitely being used in the film. The film is a raunchy comedy about an obnoxious, rude, alcoholic, film director. In the story the main character sings lyrics from that song, but there was no song actually written at the time, so I offered to write one. And I based the lyrics on the lead character's personality and what he does in the film. The song is all me except for the beats track. And the beats track actually slows down every 16 measures or so - you can hear it - which was perfect for the song. it's almost as if the song is "drunk."

ClassicRockRadio.co.uk: If Big Hollywood presented you with a sky's the limit budget for a blues players biofilm, either alive or deceased, where you could either direct, act, or do both, what musician would you want to focus the new movie on, and why?


Tim Russ: If it were Blues music specifically, I would probably center it around the style of Jonny Lang, or Willy Dixon. I like Blues music in which the arrangements are just the standard 1, 4, 5, changes. But, given an option, I wouldn't necessarily go with Blues music particularly. I would probably go with a more contemporary, sound or band, either from present day or possibly the classic rock era.

THANK YOU Mr. Russ!! You rock! All of us here at ClassicRockRadio.co.uk wish your newest album, Lifeline, much success. And we do appreciate you taking the time with us.

01.) Yours truly just recently reviewed Tim's new CD, Lifeline, giving it a 5 out of 5 star review. Found within the main website of ClassicRockRadio.co.uk … THE blog.

02.) One can purchase the CD Lifeline (or other Tim Russ releases) via CD Baby Dot Com. Here's the link to Tim's page: 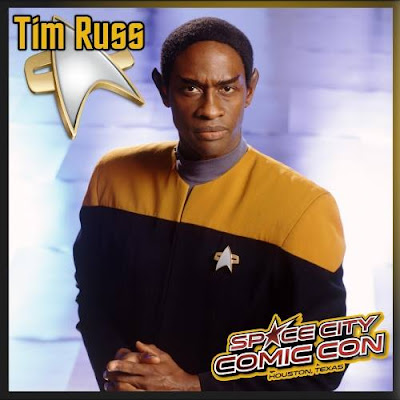 Tim will appear at Space City Comic Con in Houston, Texas U.S.A. this July 24th to the 26th. Not only will Mr. Russ have a table so he can meet & greet fans, but he's said to be playing a music set as well. Yours truly (American Correspondent Gary "Uncle G" Brown) will be in attendance covering this special event. And besides all that taking place, one of the television shows that Tim's most associated with, Star Trek: Voyager, at this very same Space City Comic Con will have a 20th Anniversary reunion, with most of the cast of that very special Star Trek program attending. For more detailed information, please consult the official website of Space City Comic Con:

05.) Mr. Russ' resume since starting the entertainment industry can't be any more impressive. Here's his webpage on the IMDb website: