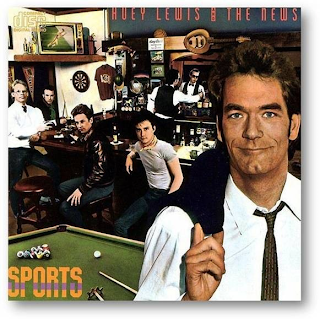 Digitally remastered for CD, and standard and high definition digital audio, Sports (30th Anniversary Edition) pairs each of the original album's nine songs, with choice live versions on a second disc, many of which have never before been released.
The special edition includes an expanded booklet with photos and memorabilia from the band's archive and new liner notes by music journalist and author Gary Graff.
Says Huey, “We’ve always been very proud of the record and it’s going to be a blast to play it all live!” (In May, the band will launch the "Sports 30th Anniversary Tour” across North America, performing the album in its entirety.

The band will be in the UK later this year to play The Sage, Gateshead on Monday 30th September and London’s O2 Shepherd’s Bush Empire on Tuesday 1st October.

Self-produced by the band, Sports reached No. 1 on the Billboard 200, and ranked No. 2 on Billboard's year-end sales chart for 1984, second only to Michael Jackson's Thriller. It was also an international success, with Top 40 chart peaks in several countries, including the UK, Canada, Germany, Sweden, New Zealand, and Norway.
Posted by Jon Kirkman at 16:10