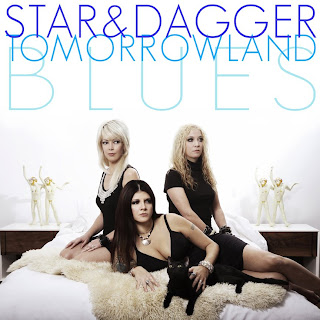 Star & Dagger is a blues-rock/metal group made up of good friends Sean Yseult (White Zombie), Donna She Wolf (Cycle Sluts From Hell), Dave Catching (Eagles of Death Metal), Gene Trautmann (Queens of the Stone Age), and the sublime vocalist Von Hesseling. The band was formed with auspicious beginnings:

Sean and Donna were drinking late one night with the legendary Lenny Kaye and he declared: "You two must start a band, I see it!" They took his word and set to it. The band layers dense guitars onto a heavy groove, strung together by Von's towering vox,which enshrines the specter of Cherie Currie, Anita Pallenberg and Rob Halford all at once.

The band has recently attracted much attention, selling out their first show in LA and opening for High on Fire, Helmet, Eagles of Death Metal, Down and Saint Vitus. Star & Dagger's first recording is a 12" vinyl titled "In My Blood" on the boutique label Last Hurrah Records.

They have a full LP. recorded at Rancho de la Luna, produced by Ethan Allen and Dave Catching, and mastered by J. Yuenger (White Zombie) along with a video for song Your Mama Was A Grifter directed by Art Haynie.

The band are performing live dates across the UK In April
For more details check out the bands Facebook page here
https://www.facebook.com/?ref=home#!/staranddagger
Posted by Jon Kirkman at 20:36