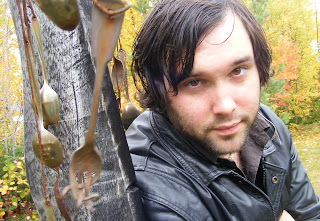 Award-winning Canadian singer-songwriter Andrew James O’Brien has confirmed he will return to the UK to support his hero, Irish star Paul Brady, on tour from April 24th 2013.
O’Brien’s latest run of UK dates - his first since opening for Sharon Shannon at the end of 2012 – coincide

with the release of new single ‘House on Fire’, which will be released on the Western Songs label on 5th May.

‘House on Fire’ is the second single to be released from ‘Songs For Searchers’, which has won a number of awards in O’Brien’s native Canada, and received widespread critical acclaim since being released in the UK in November 2012.

On the subject of opening for Paul Brady, Andrew said, “I remember being told about the tour and there was a sense of dumbfoundedness that came over me. I have been a massive Paul Brady fan for many years; from his brilliant self-titled album with Andy Irvine, through to ‘Hard Station’ and his most recent recordings, and couldn't believe that this opportunity was going to be a reality.

“Where I come from, in Newfoundland, Paul Brady is quite literally a revered living legend, and I have many envious friends as a result of this upcoming tour. I met Paul a couple summers ago at Fred's Records in St. John's, Newfoundland and he signed one of my Guild guitars. It was a surreal moment to meet my hero. He was very kind and gracious. I feel very fortunate to be opening for him in such beautiful venues.”

A year since O’Brien played his first live dates, the singer-songwriter explains why he likes tour the UK so much, “Unlike Canada, I can travel throughout the UK in a relatively short time. On a typical Canadian tour, it takes roughly two to three months to tour from the Atlantic to Pacific Ocean and back. So, needless to say, the M1 is a dream! “

“Songs For Searchers gets under your skin and makes itself very welcome indeed” - Fatea
Posted by Jon Kirkman at 15:54