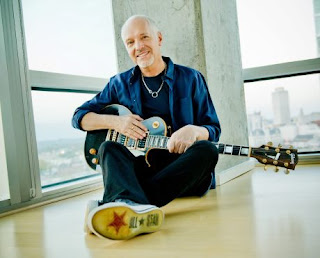 This special one-off UK concert will see Frampton performing songs from his extensive catalogue. FCA! 35: AnEvening with Peter Frampton, a live 2DVD, Blu-ray and 3CD set of the 35th Anniversary of Frampton Comes Alive! was released last November by Eagle Rock Entertainment. On the DVD, Peter performed the best selling live album in its entirety along with a second set including songs from his Grammy®-winning career.
Posted by Jon Kirkman at 13:09