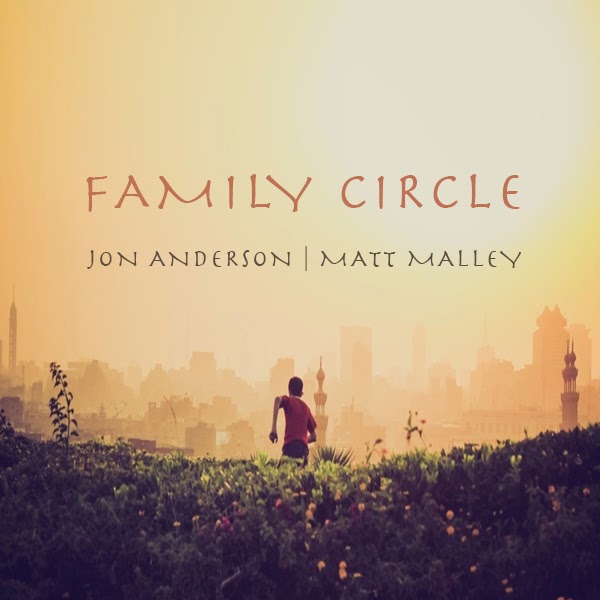 “ 'Family Circle' came together when Matt sent me the beautiful music earlier this year. I sang the song and lyric idea and sent it back to Matt, thanking him for the great energy. Eventually, Matt added some more sounds and the haunting guitar solo. We decided to have all sale proceeds go to our respective charities. It's a pleasure to release this around Thanksgiving time, reminding us of our connection with our families and how our children keep us together, bonding our love of life.” - Jon Anderson

“Not only am I a fan of Jon's voice but I’m a fan of his fearless spiritual outlook which appears in all of his music. A mutual friend said we should meet and got us in touch and after talking a little, Jon said, 'So send some music!' - so I had a cup of my best Darjeeling tea, went into my studio and came up with the instrumental arrangement that you hear on 'Family Circle'. I sent the file up to Jon and it came back with his marvelous voice, lyrics…everything that brought the song to becoming fully realized.” - Matt Malley

Jon Anderson is undoubtedly one of the most recognizable voices in progressive rock as the original lead vocalist and creative force behind YES. Anderson was the author and a major creative influence behind the ground-breaking album 'Fragile' as well as the series of epic, complex pieces such as “Awaken”, “Gates of Delirium” and especially “Close to the Edge” which were central to the band's success. Additionally, Anderson co-authored the group's biggest hits, including “I've Seen All Good People”, “Roundabout”, and “Owner of a Lonely Heart”. In addition, Jon Anderson had great success with a series of albums he did with Vangelis, and most recently released the critically-acclaimed solo album entitled “Survival and Other Stories” (GONZO Multimedia). In the fall of 2014 Jon Anderson teamed up with jazz violin legend Jean-Luc Ponty to form the Anderson Ponty Band.

Matt Malley is an Oscar, Grammy and Golden Globe nominated songwriter who is best known for co-founding the multi-platinum selling rock band Counting Crows back in the early 90's. He appears as bassist on their biggest hit records and songs. In 2004 Matt retired from the band so he could work from his studio at home and be with his family. He is a student of the Indian Slide Guitar and a fan of Progressive Rock, Celtic Folk, World and Indian Music.

Listen To A Sample of the Track Here:
https://www.youtube.com/watch?v=hATdN-XMBSQ