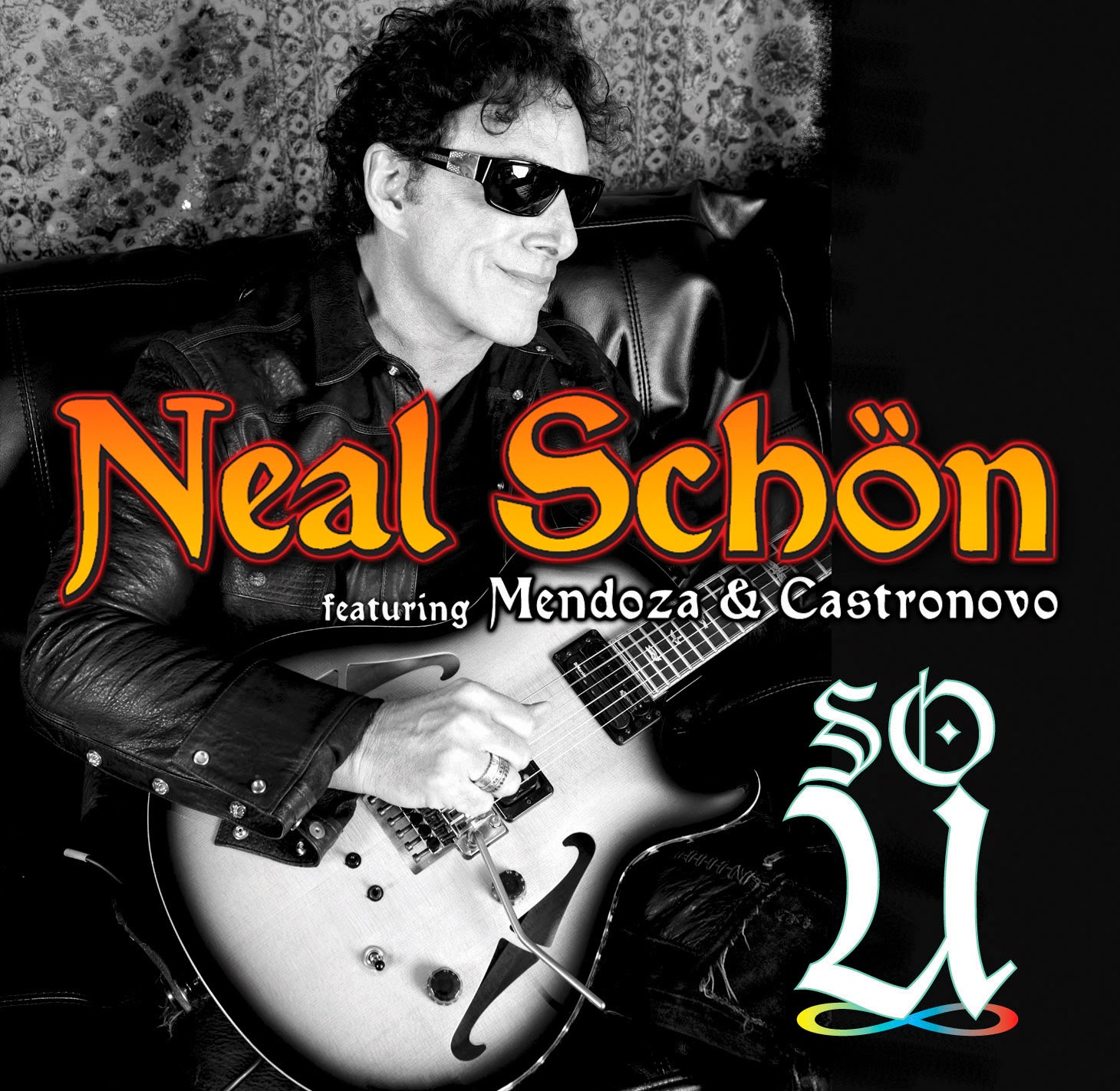 Guitar Legend Announces New Album "So U"
Released 16th May

Neal Schöncommented, “This is a great new record that features all three of us – Deen, Marco and myself – sharing lead vocals.  Enjoy!”

Best known as founding member and lead guitarist of Journey, Neal Schönhas enjoyed a remarkable career as one of rock n’ roll’s top virtuosos, with a hand in creating some of the most popular songs of all time.  Beginning his career more than 35 years ago in the San Francisco Bay area, the 15-year-old guitar prodigy left home to join Santana.  Schönmoved on in 1973 to form Journey.  With Journey and other projects, he has earned 19 Top 40 singles and 25 platinum and gold albums, was awarded the prestigious “Legend Of Live Award” at the 2011 Billboard Touring Awards, received a star on the Hollywood Walk of Fame in 2005 and was individually inducted into the Oklahoma Music Hall Of Fame in 2013.   As the only member to record on all of Journey’s albums, Schöncontinues with the band today in its latest incarnation.

His latest instrumental solo album, THE CALLING, released in 2012 via Frontiers Records, won rave reviews from fans and the media alike, with Vintage Guitar declaring “THE CALLING is a fine piece of work demonstrating that Schönstill has it going on – and then some…The songs are strong and his guitar tones are absolutely luxurious.”

In demand as one of the leading guitarists of his generation, Schönalso worked with Gibson to manufacture his own limited edition "Neal SchönSignature Model Custom Les Paul” guitar, but now uses custom PRS Neal SchonLTD Private Stock guitars, made especially for Neal by Paul Reed Smith.