For those of you who only think of 'I Wish I was A Punk Rocker (With Flowers In My Hair) when you think of  platinum artist Sandi Thom, think again. This lady is full of delightful surprises, loves rock music and  is a  self-described “obsessive Fleetwood Mac fan”

I recall seeing her onstage  rockin out  on  London's R Albert Hall stage with legends such as Brian May, Alice Cooper , John Paul Jones and many more at The Sunflower Jam in 2012  (see my review of that event here  )

Since leaving a major label and starting her own , Sandi has been able to control her career and what music she puts out, pleasing herself and her audience instead of the 'men in suits'  so to speak

Albums such as Flesh & Blood  (which had Black Crowes guitarist Rich Robinson in the production hot seat and on guitar ) and Merchants & Thieves are definitely a recipe for goodness to anyone who enjoys bluesy rock. Tracks such as Stormy Weather and I Owe You Zero  stole my heart (and ears)

“I’m not bitter but I am certainly stronger now. A lot of people have cast shadows of doubt in my life, or tried to pin me down and hold me back, or have really hurt me. But I am very determined, as a person, driven mainly by the music. But I also like to prove people wrong. I don’t like it when people judge me and that song is me saying: ‘You don’t know the half of me’.” Sandi Thom on 'I Owe You Zero' *

While I don't like to delve into people's personal lives and normally just stick to the music, Sandi  lives with blues guitarist Joe Bonamassa. The couple have been together for some years now and  she has toured and sung onstage with Joe and he  made a guest appearance on her 2010 single 'This Ol World '

‘Stormy Weather’ was  inspired by her long-term relationship with him,
“I was alone in Joe’s house in LA. He was away on tour and we hadn’t quite settled into living together yet. So I was in this strange place – physically and emotionally – kind of like no-man’s-land. '  Sandi Thom on 'Stormy Weather' *

Sandi recently  released 'Covers Collection' in November 2013, which blurs the lines between rock, folk and blues. It's an experience of dipping through her own collection of favourites and memories and I have really been enjoying her stripped back and pure take  on  rock classic's such as November Rain (Guns N' Roses )  Alone (Heart)  and  Led Zeppelin's  The Rain Song  amongst many more

I recently spoke with Sandi and she told me '' well those are all songs which  had some part in my life growing up, and whether it was raiding my mother's collection and then finding Fleetwood Mac, or raiding my brother's CD collection and finding like GNR Use Your Illusion 1 & 2 and then becoming you know, a little grunge teenager, they have all had some impact on my life, so really they are just my favourite songs . I mean Extreme  More Than Words , that was a huge hit when I was growing up, 'Songbird' you know, Fleetwood Mac have always had such a huge influence on me, and I was in a Fleetwood Mac tribute band believe it or not. Then you've got Heart Alone and they are just really favourites of mine from artists who had a huge influence on me growing up. I think the idea behind it was to not try and recreate the original or try and do some enormous production , I just wanted to play the songs like I would do sitting playing at a party or something. So that was how they ended up, just me, a guitar and a piano. All the songs are so incredible you don't need to dress them up''

I put it to Sandi that with these songs you can 'let the voice do the work'  with which she agreed:

'' Yeah exactly, exactly, and I think  because they have memories to me, memories attached, then when I sing it, that  for me , there's something more personal about it and I think that helped me sing it in a way that's emotive . One of the hardest vocals  which is kind of notoriously difficult  for anybody was Alone by Heart, so that was like a small triumph for me  to be able to pull that one off'' (laughs)         ''I think probably like instrumentally , guitar playing, that was probably The Rain Song ,  I think that was the the most challenging for me to pay respect to it and  try and not botch it up. I think the general consensus from public and friends was 'not bad for a chick  so I felt pretty good about that .  I get it, guitar playing is still very much a man's world, I'm surrounded by guitars and guitar players' conversation about gear and everything else all day long, you know and it's all dudes. The Rain Song I think is one of the ones that is kind of like the bucket list of guitar parts that you have to learn , it was actually my boyfriend's guitar tech who said ''yeah kudos! not bad for a chick'  I'm cool with that. (laughs)''

It's a really stunning album and quite honestly it's also been helping me with my insomnia, soothing me off to sleep. Sandi was amused by this: ''Aww that's cool. That makes me feel very happy . I feel like I'm soothing. I'm very glad to hear. So I'm a sleep remedy! (laughs) Any kind of effect I have on anybody where my music is concerned and that I would say is a positive one, that is always the intention, have an effect, a positive effect '' 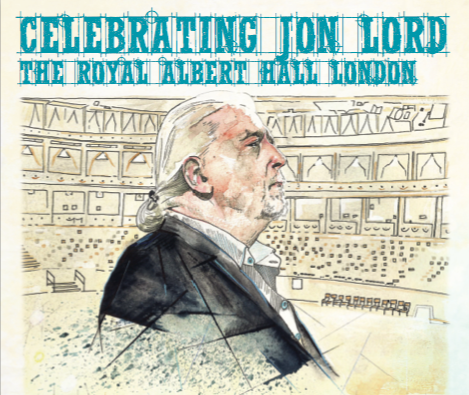 Catch Sandi on tour at: