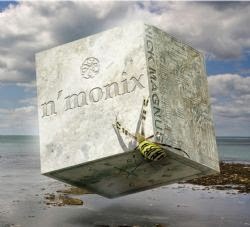 
(Former Keyboard Player With Steve Hackett and The Enid)


Esoteric Antenna is pleased to announce the release of the new studio album by NICK MAGNUS. Keyboard player in STEVE HACKETT’s band for five years, Nick was also a member of THE ENID and his skill as an arranger and writer graced legendary Hackett albums such as "Spectral Mornings” and "Defector”.

With his new album "n’monix”, Nick Magnus has been joined in the studio by STEVE HACKETT, ROB TOWNSEND and vocalists PETE HICKS, TIM BOWNESS, KATE FABER, TONY PATTERSON, ANDY NEVE and JAMES REEVES and lyricist DICK FOSTER to produce a collection of songs and music in the finest tradition of his past work with Steve Hackett. "n’monix” is one of the outstanding Progressive Rock releases of 2014.

This CD is released 28th April .