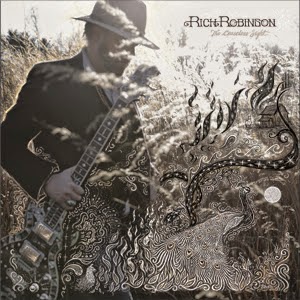 On June 3rd, The End Records will be releasing Rich Robinson's third full-length studio album The Ceaseless Sight. As co-founder of the seminal rock act - The Black Crowes, and having sold well over 30 million albums throughout a career that spans over 25 years, I feel Rich has nailed the mark on this record offering the kind of crossover potential that appeals to a country /indie audience as well.

On TCS, Rich reminds us that it all comes down to the song, and among some of the great electronic music which relies heavily on technology, there's still a place for organic, stripped down songwriting and storytelling.

- The Ceaseless Sight is Rich's third solo album
- The album will be release via The End Records June 3rd as announced by Rolling Stone
- The first single, "One Road Hill" is available now!
- Rich performed on the Experience Hendrix Tour in March/April and will be embarking on a full headline US run with select dates featuring co headliner Jackie Greene and his band.