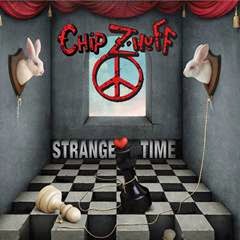 “It’s a stoner rock record,” said Z’nuff, matter-of-factly.  “What I have with Enuff Z’nuff is special, but this is a labor of love.  I started these songs while going through every type of hard time – family, finances, relationships – and found moments of clarity while writing.”  He also called on some tour buddies and long-time friends to guest on the record. 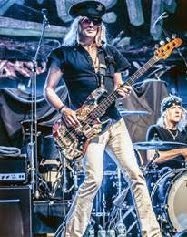 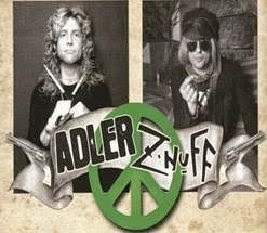 The EP was recorded at Chicago Recording Company and Chip Z’nuff Studios in Blue Island, IL.  Brendan Jeffrey produced, Jeff Luif mixed, and Bob Ludwig mastered.  Z’nuff and Adler performed all the music, with Bozzio on vocals and a Slash sample solo on “Tonight We Met.”

Enuff Z’nuff has a west coast run in February.

In addition to a career in broadcasting as a go-to guest on Howard Stern’s radio show and co-host of “Mancow TV,” Chip is writing his autobiography.  It will chronicle, in part, his three decades in EZ. In 1989, Enuff Z’nuff released its self-titled debut, and the hit singles “New Thing” and “Fly High Michelle,” which earned them the first of two Gold records, huge credibility in the music video landscape, and legions of fans from the pop, rock, hippie, metal, and glam communities.  Rolling Stone, David Letterman, and Howard Stern have all been continued vocal supporters of the band.
A new record of Enuff Z’nuff originals is planned for 2015.

Connect with the band at enuffznuff.com and facebook.com/Enuff.Znuff.Official.
Posted by Jon Kirkman at 19:36