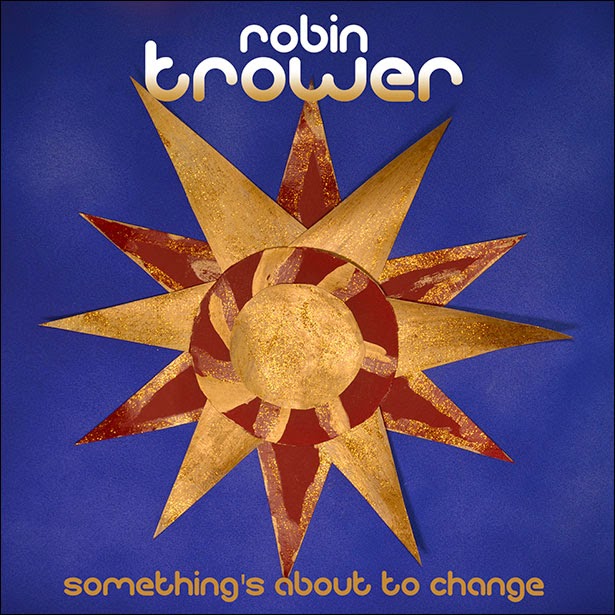 
Highly anticipated as his first new studio album since 2013’s critically acclaimed Roots And Branches, Robin Trower’s Something’s About To Change, will be released by Manhaton/V12 Records on 9th March 2015 - the same day as his 70th birthday.
The new album coincides with Trower’s nationwide 17-date UK tour with special guest Joanne Shaw Taylor that kicks off on 26th March 2015.

When it comes to a new album by Robin Trower, some things never change. The guitar work will be breathtaking. The song writing will be heartfelt and fearless. The vocal will siphon the soul. True to form, from the opening swoop of electric guitar, Something’s About To Change is a thrilling encapsulation of everything fans love about the celebrated bandleader. And yet, as the title implies, this album finds Trower twisting his talent into bold new shapes.

To support the release of Something’s About To Change Robin Trower will embark on a 17-date March/April Tour. His special guest will be guitarist and singer/songwriter, Joanne Shaw Taylor.
Tickets for all regional shows are priced at £22.50, while London tickets are priced £25.00. Tickets can purchased at www.thegigcartel.com or from the 24 hour box office - 0844 478 0898. 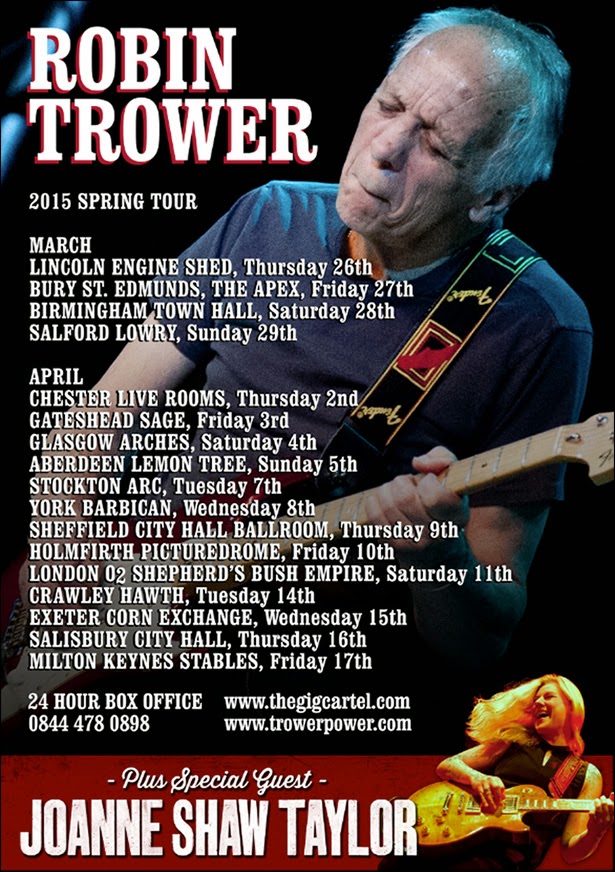 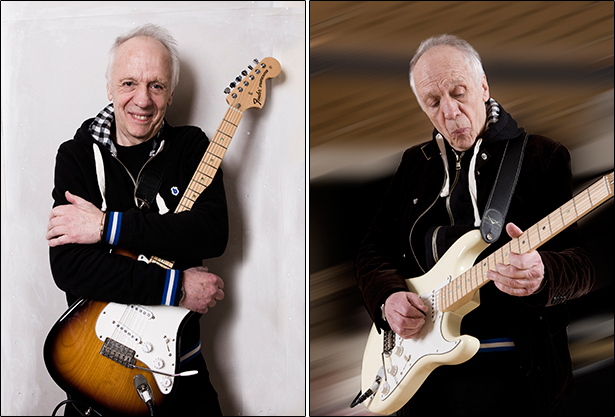 Photo Credits: © Mike Prior
Posted by Jon Kirkman at 21:02