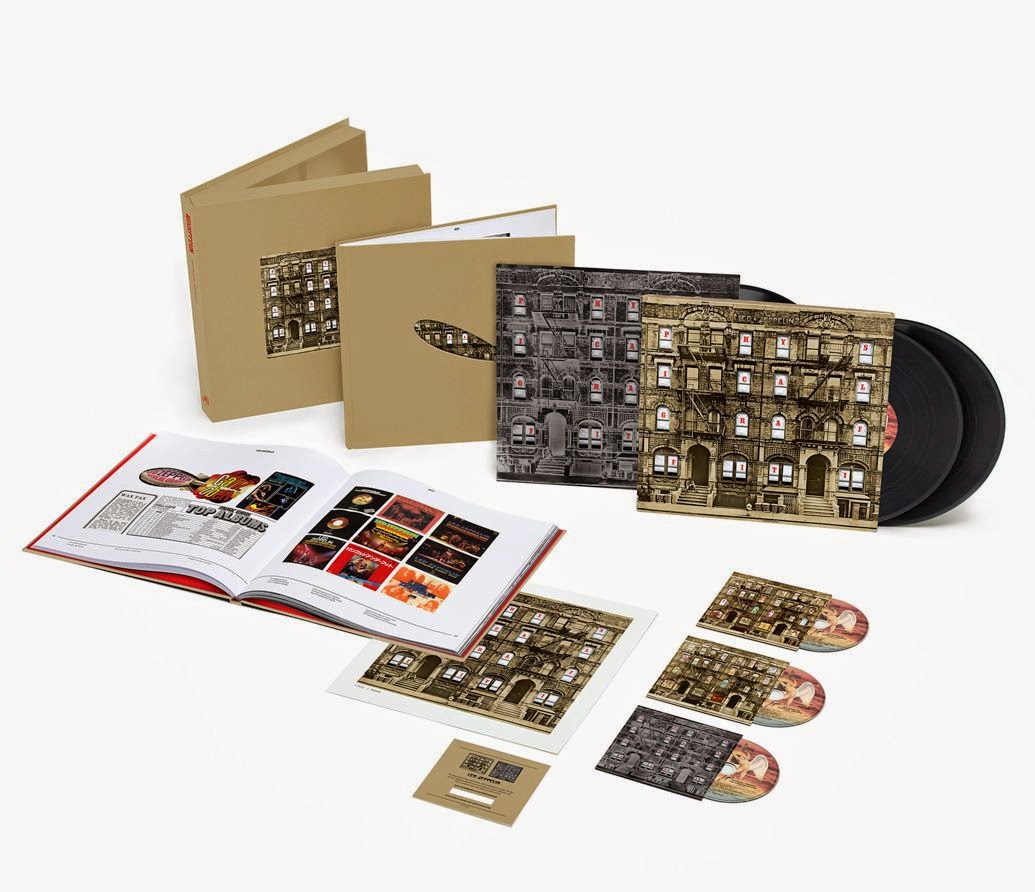 The Led Zeppelin reissue campaign continues in 2015, turning the spotlight on the double album Physical Graffiti. The deluxe edition of the group’s sixth studio album will arrive 40 years to the day after the original debuted on February 24, 1975. The reissues of the first five Led Zeppelin albums in 2014 found both commercial successes, with multiple titles reaching Top 10 chart status in countries around the world, as well as widespread critical acclaim, including the recent Classic Rock “Reissue Of The Year” Award.

As with the previous deluxe editions, Physical Graffiti has been newly remastered by guitarist and producer Jimmy Page and is accompanied by a disc of companion audio comprising previously unreleased music related to the original release.

Certified 16x platinum in the U.S., the commercial success of Physical Graffiti was equaled by its critical reception. Generally regarded as one of the greatest double albums of all time, the original 15 tracks represent a creative tour de force that explores the band’s dynamic musical range, from the driving rock of “Custard Pie” and acoustic arrangement of “Bron-Y-Aur Stomp” to the Eastern raga of “Kashmir” and funky groove of “Trampled Under Foot.”

The companion audio disc that accompanies the deluxe edition of Physical Graffiti has seven unreleased tracks, including rough mixes of “In My Time Of Dying” and “Houses Of The Holy,” as well as an early mix of “Trampled Under Foot” called “Brandy & Coke.” All the unreleased companion tracks offer fans a chance to hear well-known songs from a different perspective, including the Sunset Sound mix of “Boogie With Stu” and “Driving Through Kashmir,” a rough orchestra mix of the band’s eight minute opus “Kashmir.” Also featured is “Everybody Makes It Through,” a strikingly different early version of “In The Light” with alternate lyrics.

In 1968, John Bonham, John Paul Jones, Jimmy Page and Robert Plant formed Led Zeppelin, one of the most influential, innovative and successful groups in modern music, having sold more than 300 million albums worldwide. The band rose from the ashes of The Yardbirds, when Page brought in Plant, Bonham and Jones to tour as The New Yardbirds. In 1969, Led Zeppelin released its self-titled debut. It marked the beginning of a 12-year reign, during which the group was widely considered to be the biggest and most innovative rock band in the world.

Led Zeppelin continues to be honored for its pivotal role in music history. The band was inducted into the Rock & Roll Hall of Fame in 1995, received a Grammy Lifetime Achievement Award in 2005, and a year later was awarded with the Polar Music Prize in Stockholm. Founding members Jones, Page and Plant – along with Jason Bonham, the son of John Bonham – took the stage at London’s O2 Arena in 2007 to headline a tribute concert for Ahmet Ertegun, a dear friend and Atlantic Records’ founder. The band was honored for its lifetime contribution to American culture at the Kennedy Center Honors in 2012. In January of 2014, the band won their first ever Grammy award as Celebration Day, which captured their live performance at the Ertegun tribute concert, was named Best Rock Album.