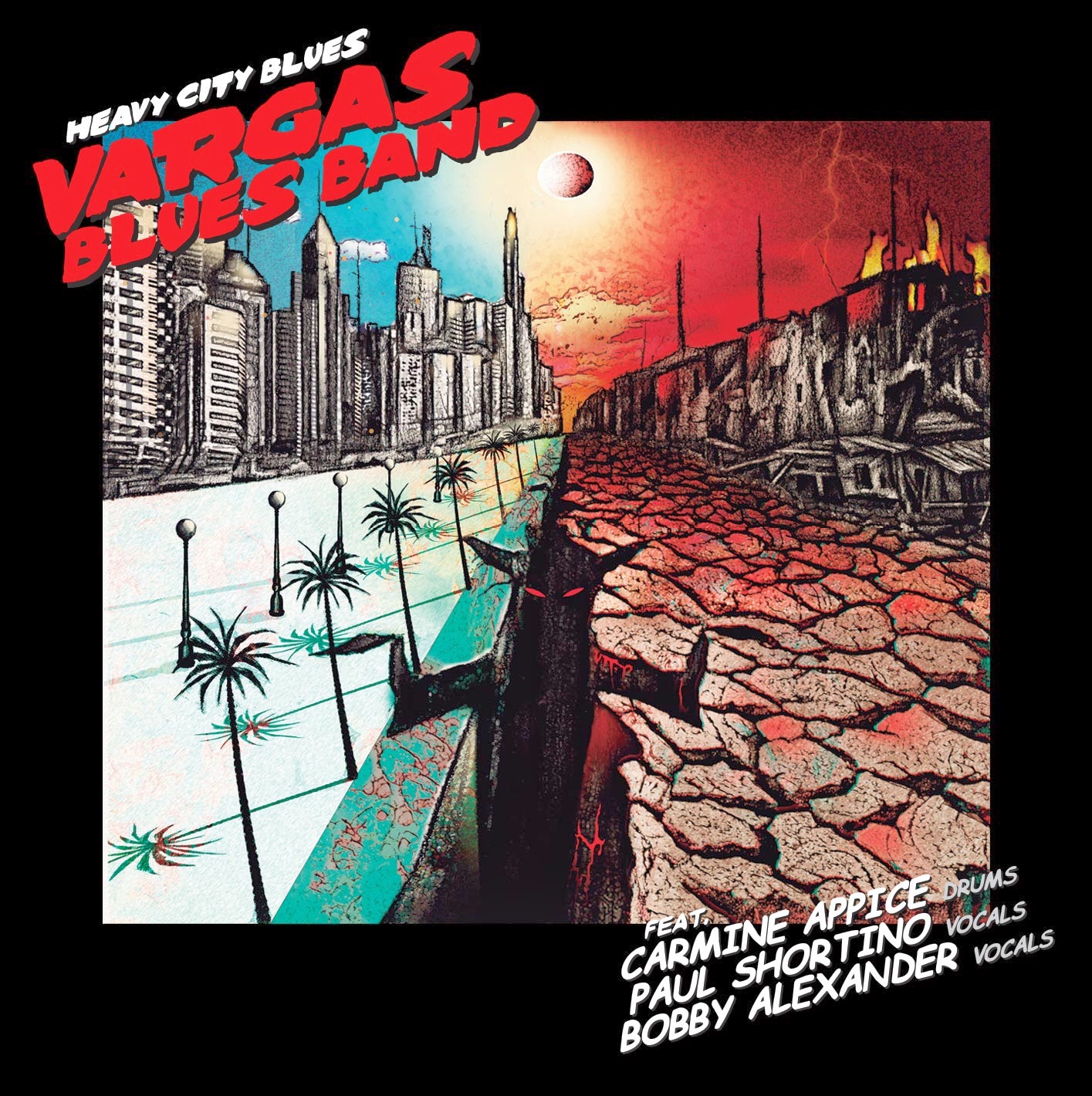 
The Jams and the collaborations will never end as far as Javier is concerned & Heavy City Blues, which featured Carmine Appice, Paul Shortino @ Bobby Alexander is just another stepping stone forward for this Blues Rock phenomena,…namely the Vargas Blues Band.


The VBB have been rolling around the globe for nearly 22 years now and with 20 albums in the vault, it seems as this wont be stopping anytime soon. Ask anyone in the world blues rock circuit of what they know about Javier Vargas and they’ll have nothing but praise n admiration for this true Blues Rock legend, with a unique unrivalled guitar style and a set of balls that are ready to take on the world, the mind can only boggle as to what he’ll get up to next.
Heavy City Blues will be released physically via Off Yer Rocka Recordings, worldwide…(except Spain / Portugal) on 1st May 2014. This will be preceded by a new single & lyrics video on 22nd April covering the Everly Brothers Classic, ”Love Hurts” but injected with the signature Vargas guitar licks.


As for touring, he never stops and constantly plays, North & South America, Europe and Russia full cycle.
Catch The Vargas Blues Band live in the UK @