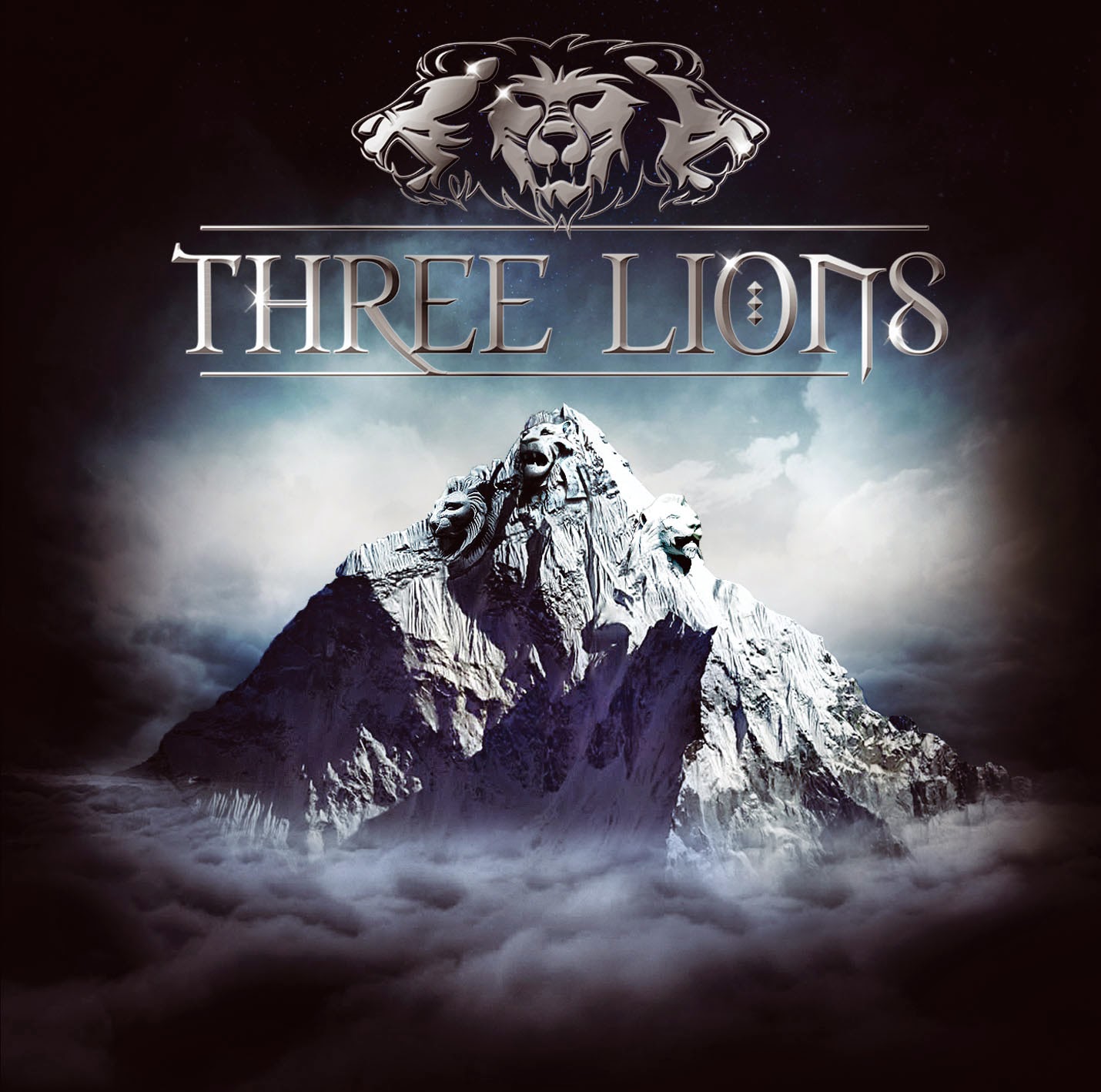 “Three Lions” features 12 brand new tracks, written by the band and also in collaboration with producer Alessandro Del Vecchio on 2 songs. Recorded at The Viper Room, Coil Tap Studios in the UK and Ivory Tears Studio in Milan, this album combines massive guitar riffs and great hooks alongside driving rhythms and powerful, yet emotional vocals.

The band was formed when Vinny, Greg and Nigel were introduced by Serafino and Alessandro at Firefest in October 2012. The guys hit it off straight away and immediately set about writing new material for the album. The first single, Trouble In A Red Dress, captures the energy of the band and is a classic foot stomping rock song with an infectious groove, soaring guitars and a chorus you have to sing along with.

The album is made up of songs that were written without an agenda. “We set out to write good songs, the only criteria was that all of us liked them” said Nigel, “Working with Vinny and Greg has been a blast and we were all determined to make the best album possible and are immensely proud of the songs that have made it onto the final record”. From the eastern influenced Kathmandu, to the driving power of Hellfire Highway and Twisted Soul, to the heartfelt ballads Made For One Another and Don’t Let Me Fall. This album delivers passionate performances from the guys. Vinny’s trademark guitar work is, as you would expect, filled with emotion and feel. “I wanted to start with a blank canvas for the guitars” says Vinny. “This album allowed me to show a different side to my playing whilst retaining the familiar sound and feel fans of Dare and Ten will recognise”. “Working with Vinny again has been great fun and Nigel brings something new to the table” said Greg. “This is definitely a record made by a band, not just a studio project, and that really comes across in the songs. We had an instant connection as musicians but also as people and we cannot wait to get out and perform these songs live soon”.

Tracklisting:
Trouble In A Red Dress; Hold Me Down; Twisted Soul; Winter Sun; Just A Man; Holy Water;  Two Hearts Beat As One; Kathmandu; Made For One Another; Magdalene; Don’t Let Me Fall; Hellfire Highway; Sicilian Kiss.
Posted by Jon Kirkman at 20:57