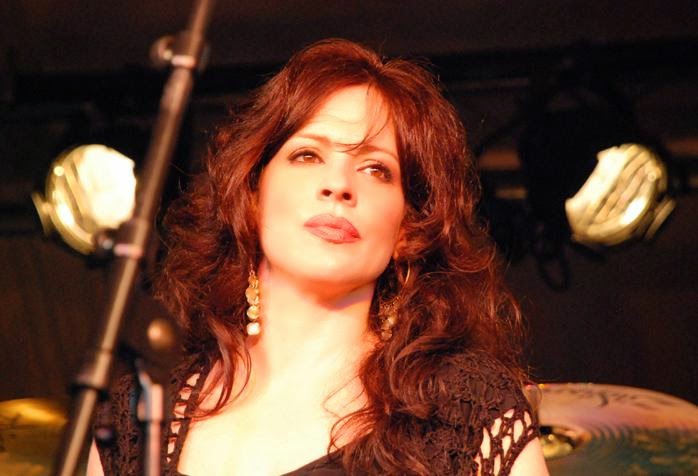 Patti was the powerhouse female vocalist for the legendary Meat Loaf during previous World tours, creating some of the most memorable stage performances for that famous mini  opera ‘Paradise By The Dashboard Light’.

For decades, she has performed alongside some of the world's most finest Artists including Queen, Cher, Roger Daltrey and Jeff Beck.

Her theatrical credits include the lead role of Esmeralda in the London West End production of ‘Notre Dame De Paris’ and none other than the Killer Queen in the Las Vegas run of ‘We Will Rock You’, after being personally asked by show producers Brian May and Roger Taylor of Queen.

Patti Russo has spent her career to date performing alongside some of the world's best known artists, including Queen, Cher, Roger Daltrey and Jeff Beck. However, her best-known work has been as the powerhouse female vocalist for Meat Loaf, playing an integral role in both his touring and recording career for almost two decades and cementing a reputation as the perfect foil for his bombastic and over the top theatrical stage persona. Appearing on all his recordings since the mid-90’s, she also co-created some of the most memorable stage performances for the famous mini opera ‘Paradise By The Dashboard Light’.

Patti has also featured on albums such as ‘Frantic’ by Bryan Ferry,  ‘Beethoven’s Last Night’ by Trans-Siberian Orchestra and the movie soundtrack to Ron Howard’s ‘The Grinch’., while her songwriting credits include ‘Running For The Red Light (I’ve Gotta Life)’ with Meat Loaf  (which was a Top 20 UK hit) and ‘Take Good Care Of My Heart’, which featured as the theme song for the film ‘South Beach Dreams’.

Meanwhile, her numerous theatrical credits include the lead role of Esmeralda in the London West End production of ‘Notre Dame De Paris’ and none other than the Killer Queen in the Las Vegas run of ‘We Will Rock You’, after being personally asked by show producers Brian May and Roger Taylor of Queen.

Now, after two decades working alongside numerous iconic performers, Patti is ready to take her life experiences - and her own music - out on the road. Why now, you may ask? "Why not?" she replies. "I started my professional career after answering an advert in the Village Voice newspaper in New York City and a month later I was touring for a number one album all over the world. I'd often warm up using Queen songs before each show, only to later meet Brian May and Roger Taylor and end up singing with them in front of 90,000 people. I've never studied acting before, but I ended up as the leading lady in shows in London’s West End and Las Vegas. Another day I casually mentioned my admiration for Cher and next I get a call asking me to come and sing with her."

Continuing, she explains: "I've done this all on my own, without representation - it's been pretty amazing, to say the least, but I've never taken that giant leap to start my own solo career and for me it's like an itch that needs to be scratched! Yeah sure, I am late joining the game, very late compared to others, but then again I've never followed the rules and I'm not about to start now! I am a grown woman and through living a full life I have been able to write about my experiences and now people are listening! I get letters every day telling me that my songs have opened their eyes to problems they have been afraid to face or that a song of mine has stirred something up inside them that encourages them to want to be a better person. That's some pretty amazing feedback, isn't it?”

Patti’s very first solo dates take place in the UK, where she plays seven shows during April on what she has dubbed the ‘How Are Ya 5-0H’ tour. “I am turning 50 this year. That’s right – put up the bright lights! I am proud to have lived through lots of BS and am still standing! The timing is perfect for me. I have some great musicians to work with and a good team working with me. I truly believe there is an audience out there for me and I can't wait to get out there and perform for them." 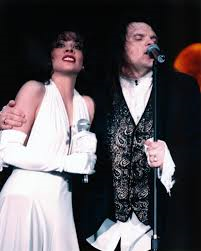