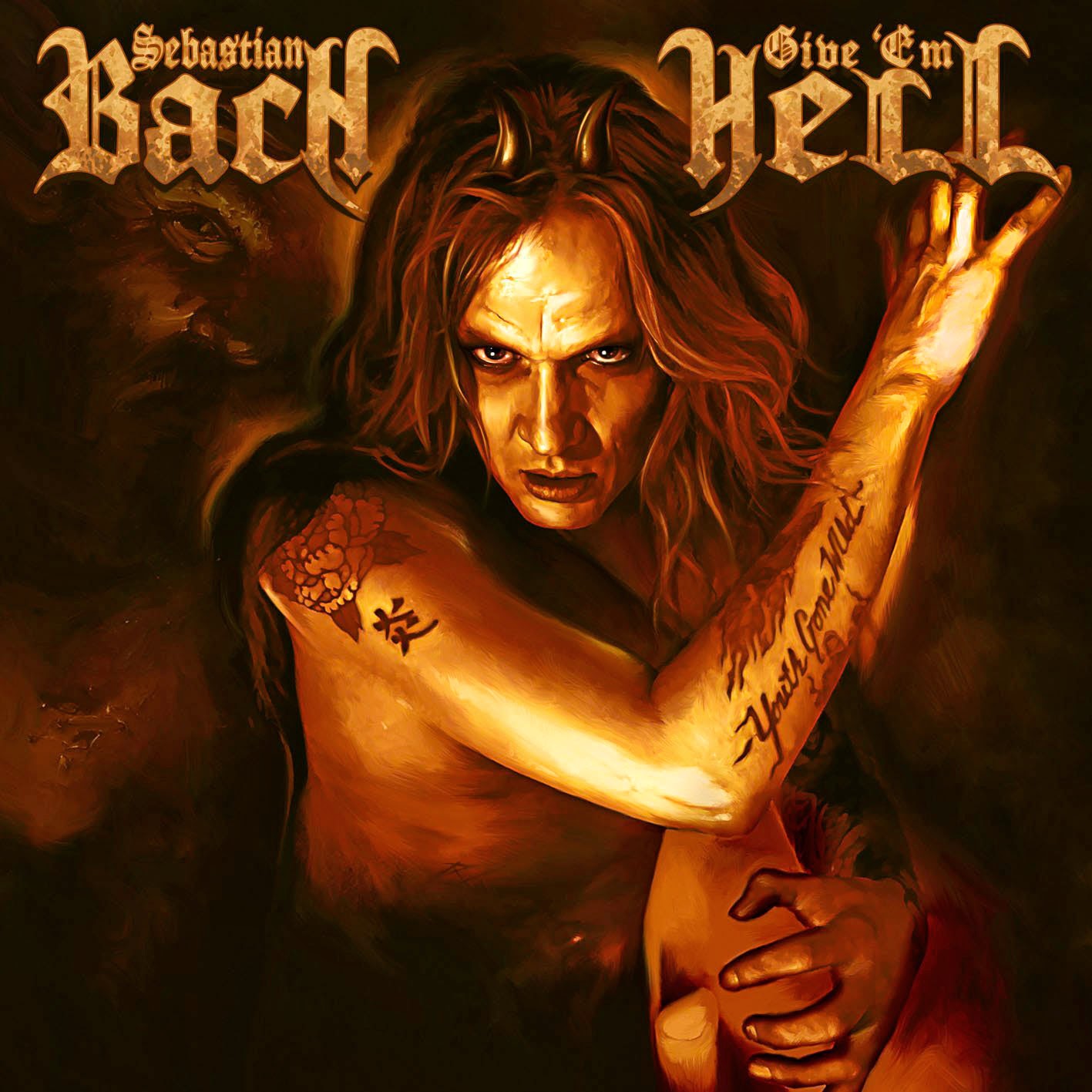 Sebastian managed to involve in the writing and recording some very special friends and guest stars, including none other than Duff McKagan (VELVET REVOLVER, GUNS N' ROSES), and not one but two top-class guitar players: John 5 (MARILYN MANSON, ROB ZOMBIE) and Steve Stevens (BILLY IDOL). Rounding out the lineup on the CD are Devin Bronson (AVRIL LAVIGNE, PINK) on guitar and Bobby Jarzombek (HALFORD, RIOT, FATES WARNING) on drums.

The cover for "Give 'Em Hell" is once again being handled by Richard Villa, who worked on "Kicking & Screaming". Incorporated into the album design will be one of the paintings by Sebastian's late father David Bierk, who painted the artwork for SKID ROW's "Slave To The Grind", inside artwork for SKID ROW's "Subhuman Race", and Bach's solo albums "Angel Down" and "Bring 'Em Bach Alive!".

Bach stated about "Give 'Em Hell": "We have captured some kick-ass rock and roll magic and producer par excellence Bob Marlette is the wizard behind the board. It is such an awesome feeling to be able to say to the planet if you like the music I have put out before, I can guarantee you will dig this one! I cannot stop listening to it and that is the whole intention. For those of you who dig my high crazy-ass screams of the other records, well, I am proud to say this new disc features all the ranges and textures I have been known for, clean soaring melodic ballads and blood-curdling death screams from hell."

Sebastian Bach has sold in excess of 20 million records worldwide as lead singer with his former band, Skid Row and as a solo artist.  Far from just being a multi-platinum recording artist, the singer/songwriter/actor/entertainer has expanded his career over the past decade to include episodic television with a 5-season recurring role on the CW’s hit series “Gilmore Girls”, starring roles on Broadway (“Jekyll & Hyde”, “The Rocky Horror Picture Show”) and national touring companies (“Jesus Christ Superstar”), and has appeared regularly on MTV and VH1.

Tracklisting:
Hell Inside My Head; Harmony; All My Friends Are Dead; Temptation; Push Away; Dominator; Had Enough; Gun To A Knife Fight; Rock N Roll Is A Vicious Game; Taking Back Tomorrow; Disengaged; Forget You.
Posted by Jon Kirkman at 20:32