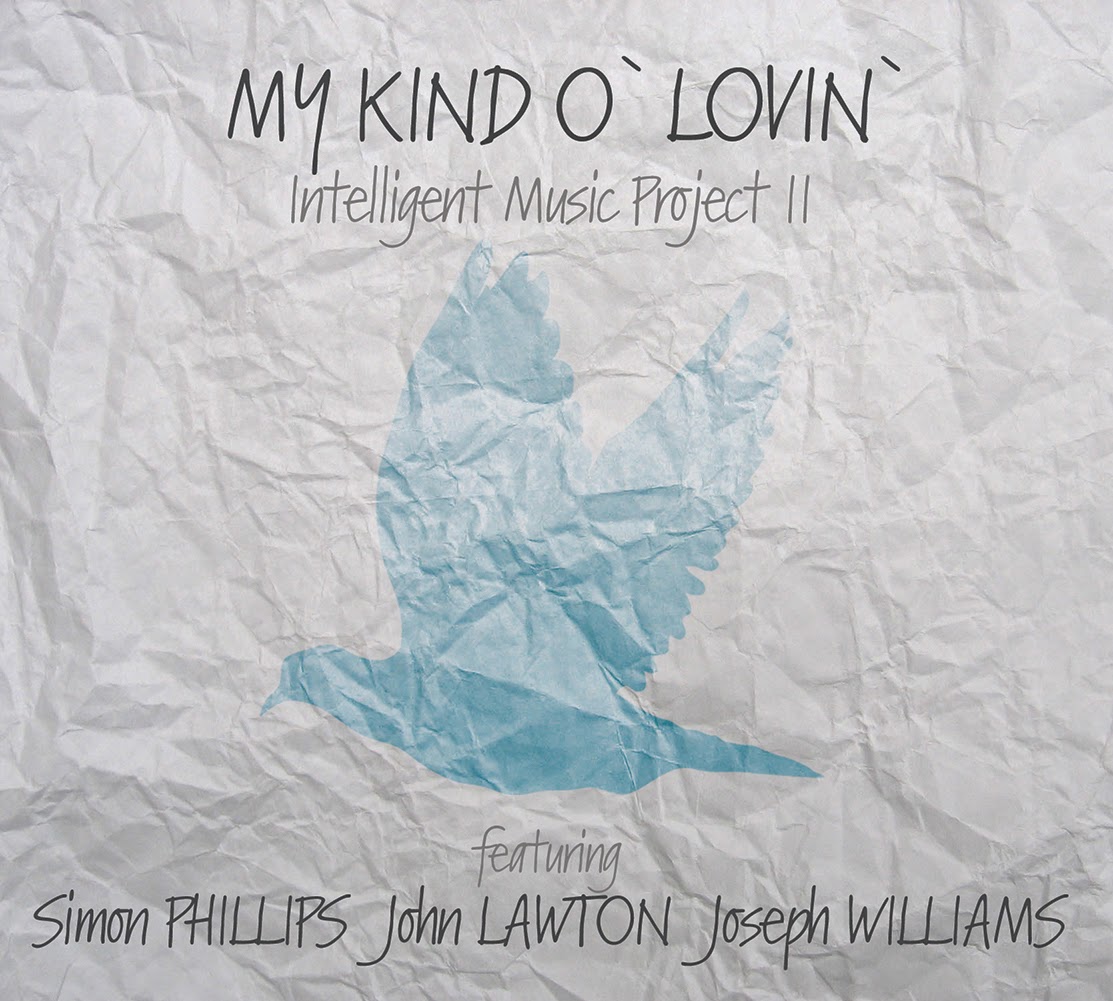 Asheville, NC - Possibly the most anticipated new release of 2014, My Kind O' Lovin' featuring drum legend Simon Phillips, Toto's Joseph Williams, and Uriah Heep/Lucifer's Friend's John Lawton, is now available! Released on the heels of 2012's hit album The Power Of Mind, featuring John Lawton, My Kind O' Lovin' is another innovative new CD, conceived, written and produced by the CGI member, and as of very recently European Citizen of the Year (2013) Dr. Milen Vrabevski. This next charity project of his is dedicated to young talents in EU.

Says Milen, “I allowed myself to play acoustic guitar in just the title song this time. Nothing else. The team was just too good for my level. Happy they liked the pieces. Many thanks to the guys I started this project with, and worked on the arrangements: Ivo Stefanov and Svurry, and to the whole all star band for their devotion.”

Pulling up a chair at Classic Rock Revisited’s Best Releases 2012 with Intelligent Music Project I, The Power of Mind producer Milen Vrabevski is setting a high standard of expectations with his Intelligent Music Project II, My Kind O' Lovin'. The producer's next charity project goes to support education programs for talented kids. Milen was awarded European Citizen of the Year 2013 (by the EU Parliament), and a Member of the Clinton Global Initiative.

The author translates to the audience his own experience & vision about everyday life topics in an easy manner, focusing on essential values – solid ground to step on to having a meaningful life.

Says Milen, “The message of the album is what I, as an author, would prefer to raise my kids with. Frustration, constant criticism, and judging people leads to nowhere. Therefore, we present essential things about love, friendship, our own environment we should invest in, getting into substantial initiatives, knowing happiness through serving the others, not limiting our minds with prejudice while seeking togetherness, understanding our life is in our hands, finishing off with the principle that it's good to wake up knowing what follows is a great day, in which fame does not matter, and ego's domination is retrograde, and you enjoy to live for the others, doing things not because of the result, but because you love to be that way.”

“Get Into Real” - if there is a song from this side act that connects the dots with some of William's Toto-related cuts, this is it, but with hints of Led Zep to Asia nuances.

“Happiness”- a track so cool it deserves a trip around the world. You can take a magic trip through the positive messages of the album via Simple Game, Things We Can’t Do, Love Song to the rockin' No One Can Deny It, Time To Move Along and other pieces on this hit collection.

“Conclusion” - a 6-minute summary of the composer’s key approaches throughout the album and presents the audience with the magnificent culmination of the super group Phillips-Lawton-Williams, the front-men format of Intelligent Music Project II.

Recording sessions for drums (Simon Phillips) and vocals (Joseph Williams) took place at Simon Phillips' Phantom Recordings studio. Producer and composer Vrabevski was provided full creative input by Simon Philips in developing the course of compositions and musical ideas. Says Milen, “We recorded all drums and percussion, and Joe's vocal parts at Simon's recording studio in LA. Simon devotedly played the role of our music co-producer there too. Now he's been kind enough to take part in finalizing all mixes of MKL tracks.”

Simon Phillips is an iconic English drummer and producer. He is also a prolific session drummer, and has played with such well known music artists as The Who, Judas Priest, Jeff Beck, Tears for Fears, Mike Oldfield, Pete Townshend, the late Gary Moore and many others.

“Working on this project with Milen Vrabevski was so much fun and I find his enthusiasm for music is so uplifting.” - Simon Phillips

“Milen was such a joy to work with .. Truly a warm and bright gentleman. It's rare thing these days to work with such happy, enthusiastic talented people ... I had a ball!!” - Joseph Williams

John Lawton, who split with Uriah Heep in 1979, was featured on the albums Innocent Victim (1977), Firefly (1977), Fallen Angel (1978) and Live ’79 and is considered the best singer around the British heavy progressive rock institution. After recording the conceptual album The Power Of Mind, Intelligent Music Project I, he joins the super group with Phillips and Williams in the second project of Bulgarian producer and composer Milen Vrabevski – My Kind O' Lovin'.

“My Kind O' Lovin'....Intelligent Music Project II....was for me an absolute pleasure to sing, the melodies flowing out of Milen Vrabevski's head seem to be endless. The album differs a lot from The Power Of Mind, not only in that there are guest artist's in the caliber of Joseph Williams and Simon Phillips both of Toto fame but some searing guitar work from a little known Bulgarian axe man known only to me as Sverri. I spent 2 weeks laying down lead & backing vocals in Intelligent Music's new studio in Sofia / Bulgaria and believe me it wasn't hard work, not when the music is this good.” - John Lawton