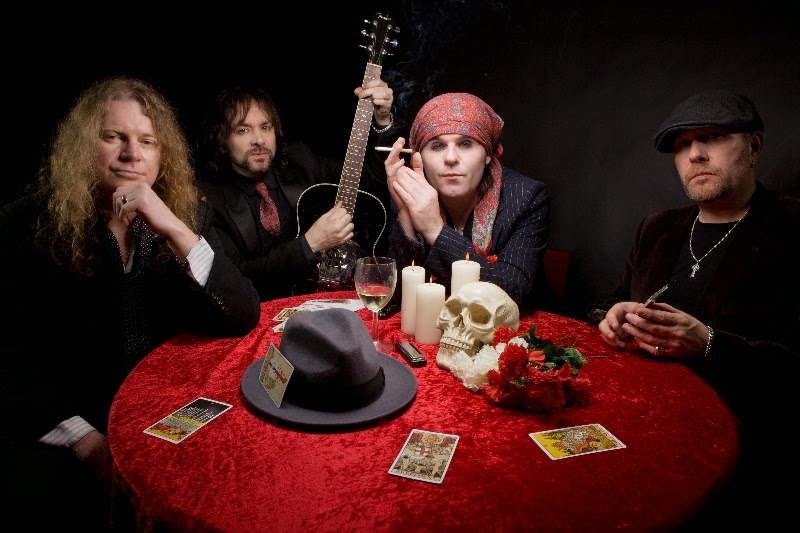 The brand new album “Black Eyed Sons” kicks off 30th anniversary celebrations. Top value package will include live CD and live DVD and will be released on Monday 16th June, via Off Yer Rocka Recordings.

Following three sold out intimate shows to mark the start of their 30th anniversary, The Quireboys will embark on a 5 month world tour which will commence with a long awaited return to The US & Canada early August.

They will be back mid November for the UK leg, which goes on sale this weekend. Expect new material from the forthcoming Black Eyed Sons, triple pack, rarities plus all the classics.

Special guests for the UK will be Hispanic Blues Rock legends, Vargas Blues Band, who have recently signed to The Quireboys label, Off Yer Rocka Recordings.

The year is 1984. The miners’ strike is in full swing. Apple sells its first Macintosh home computer and Whitesnake release Slide It In. Prince Harry is born…

…and the band that would become the Quireboys makes its infamous debut at a heaving pub in Putney.

Thirty years down the line and it’s time to celebrate a golden age of music with the ultimate party band. In 2014 the Quireboys continue to fuse retro-fuelled hooks with rock n roll evolution: new album “Black Eyed Sons” is the perfect soundtrack to your summer.

Following hot on the heels of last year’s critically acclaimed Beautiful Curse – the band’s biggest-selling record since their early 90s heyday – “Black Eyed Sons” was produced by the legendary Chris Tsangarides and represents yet another career high for a band bang in form.

Packaged alongside a CD of The Quireboys’ main stage acoustic set at 2013’s Sweden Rock festival – in front of 40,000 fans – and a live 7 CAM shot DVD featuring the London leg of last year’s Beautiful Curse tour, this is a must-have for long-time fans and new converts alike.