Welsh Legends Reissue Two Classic Albums in Upgraded and Extended Formats, The Twang Dynasty and Call Down The Moon Released In July

Welsh Legends Man reissue two classic albums from the nineties through Esoteric/Cherry Red in July. Both albums have restored artwork and have been extended to include bonus material. In the case of The Twang Dynasty the album has been increased to a boxed set containing three discs. The Call Down The Moon reissue also features two bonus cuts not included on the original release: 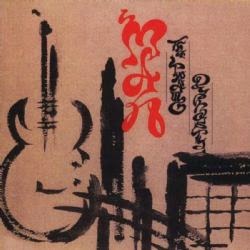 Esoteric Recordings are pleased to announce the expanded release of Man’s classic 1992 studio album "The Twang Dynasty”. Although Man had reformed in 1983 to perform live, "The Twang Dynasty” was Man’s first studio record release in sixteen years. The album was a very strong "comeback” that stands alongside the band’s work in the 1970s. Featuring a line-up of MICKY JONES (Guitar, Vocals), DEKE LEONARD (Guitar, Vocals), MARTIN ACE (Bass, Vocals) and JOHN WEATHERS (drums), "The Twang Dynasty” featured excellent material such as ‘A Feather on the Scales of Justice’, ‘The Chinese Cut’ and ‘The Wings of Mercury’ (dedicated to the late John Cipollina of Quicksilver Messenger Service who had performed with MAN).

The deluxe set is newly re-mastered and features two additional CDs of Man’s complete set at Glastonbury Festival on 25th June 1994, featuring many tracks from "The Twang Dynasty”, along with splendid performances of classic tracks such as ‘C’Mon’, ‘Many Are Called, But Few Get Up’, ‘Bananas’ and ‘Romain’. The set also includes an illustrated booklet with new essay and photographs. 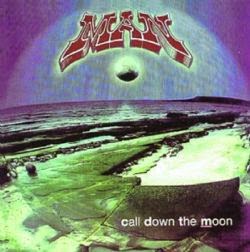 Esoteric Recordings are proud to announce the release of a newly re-mastered edition of the album "Call Down the Moon” by MAN. Recorded in Seattle in November 1994, the album featured a line-up of MICKY JONES (Guitars, Vocals), DEKE LEONARD (Guitars, Keyboards, Vocals), MARTIN ACE (Bass, Vocals) and JOHN WEATHERS (Drums, Guitar, Vocals) and was a fine album, with some of the best material to grace a MAN album in later years. The excellent title track set the scene for a wonderful record that was produced by long time Man fan Ron Sanchez.

This Esoteric Recordings release has been newly re-mastered and features two previously unreleased bonus tracks recorded during the "Call Down The Moon” sessions, and a booklet that fully restores the original album artwork and includes a new essay.