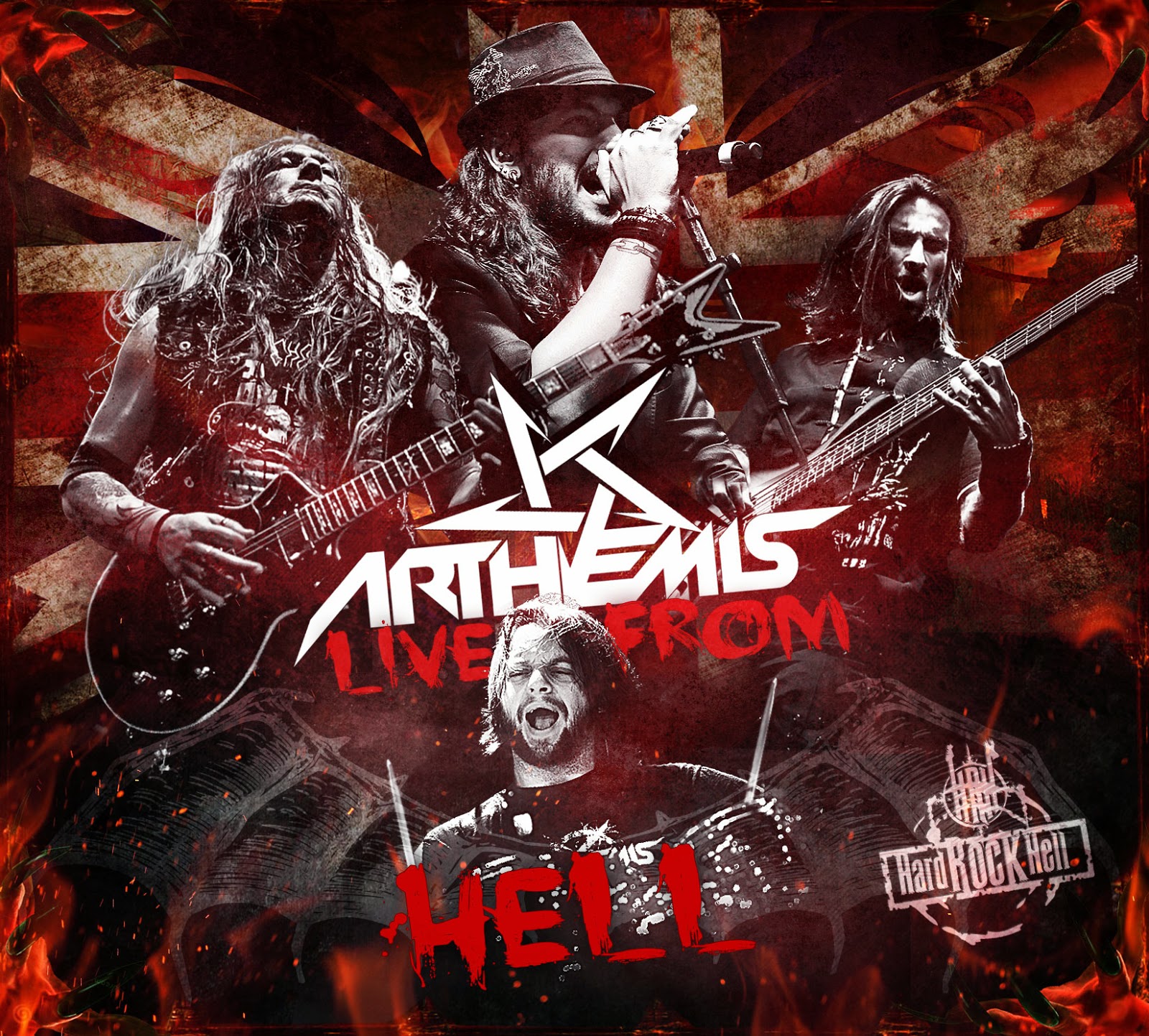 Arthemis announce the release of their first ever live album "Live From Hell" via OFF YER ROCKA RECORDINGS on 25th May 2014.

"We wanted this live album to be special for our fans as much as we wanted new Metal addicts to enter our world and feel the energy of a special ARTHEMIS live gig ... so we worked on a killer show that includes some of our best songs, something that we like to play live so so much and now it's real, carved in stone and ready for you to crank your iPod or Stereo up!"

“Arthemis are a Metal proposition that everyone should want to see, capturing them live at HRH was a pinnacle point of their career which we are now able to share with the world. These Italian Masters of Metal are one of the most solid outfits on the circuit and one we feel will only grow globally with our help”.

ARTHEMIS "LIVE FROM HELL" is available on iTunes, Amazon and directly from Off Yer Rocka Recordings.
Posted by Jon Kirkman at 15:35