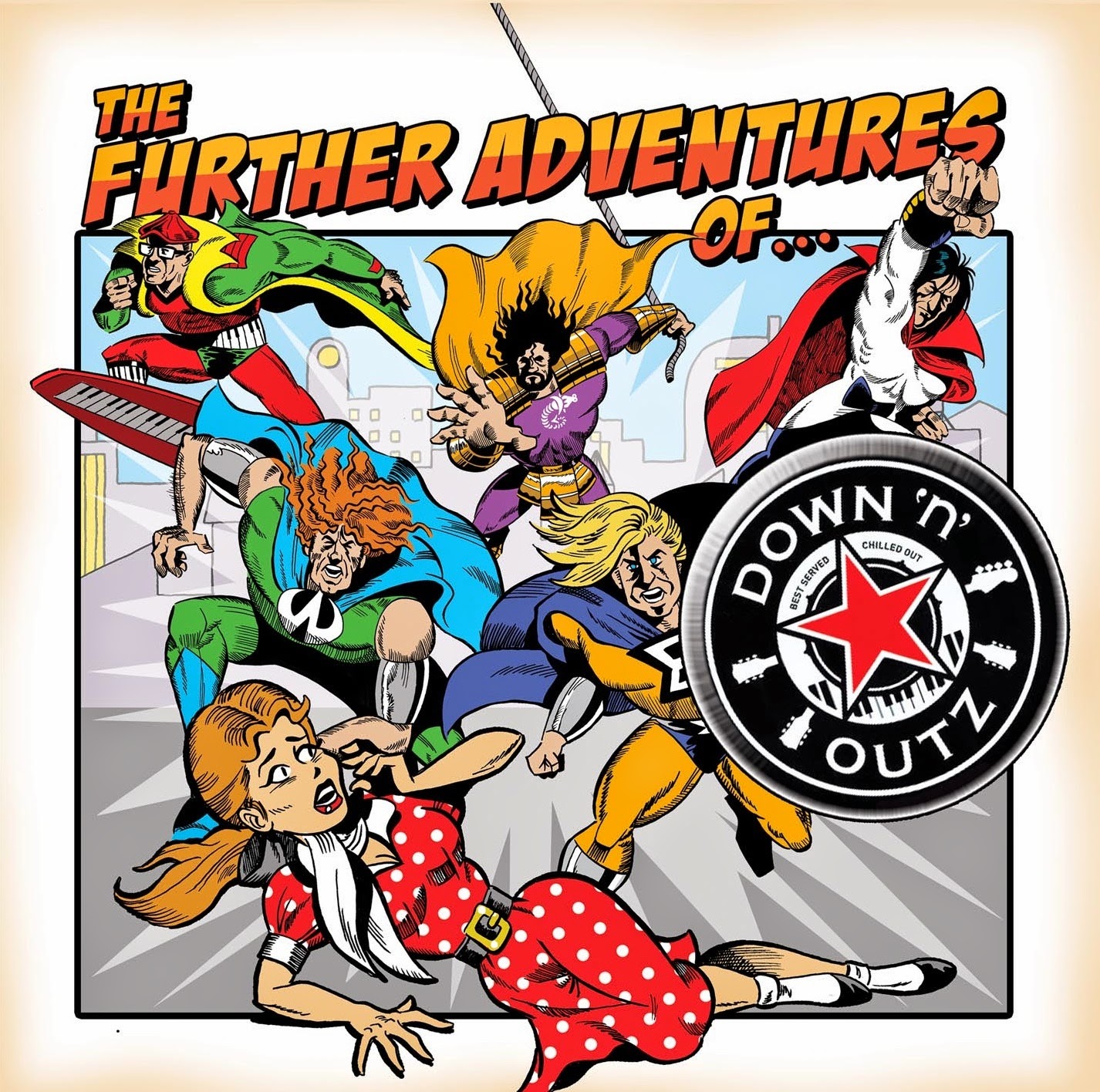 “I’m blown away by these recordings. The solo by Paul Guerin on ‘The Journey’ is one of the best I’ve heard. These songs really suit Joe’s voice also. It’s a whole different side to him and the project gets my approval!” – Ian Hunter

Down ‘n’ Outz are pleased to announce UK tour dates in December 2014. The dates support the recent release of the album The Further Adventures Of…, which is the third instalment of the project fronted by Def Leppard’s lead singer Joe Elliott, and features tracks connected to Mott the Hoople. The album is available through Bludgeon Riffola via Mailboat Records

Full UK AND Eire dates are as follows

The project was born in 2009 when Mott The Hoople reformed and asked long-time friend and fan Joe Elliott (Def Leppard) to get involved. Joe formed the Down ‘n’ Outz with The Quireboys' Paul Guerin (Guitar), Guy Griffin (Guitar) and Keith Weir (keyboards), plus Phil Martini (drums). Together they looked to bring songs by Mott The Hoople and spin off projects of Mott, Ian Hunter and British Lions to a wider audience.

In 2009 Down ‘n’ Outz supported Mott The Hoople at one of the band’s five Hammersmith Apollo shows, which garnered much interest with fans. The fan demand eventually led to the band looking to create an album. 2011 saw the release of the critically acclaimed debut My Re-Generation through Mailboat Records (Joe Perry, Walter Becker, Chris Isaak, Jeff Bridges). My Re-Generation included the singles “England Rocks” and “Overnight Angels,” that reached No 4 and No 1 respectively on the US Media Base Rock chart -keeping Eric Clapton’s new single off the top of the chart for 2 weeks. The band then released a live DVD taken from those initial shows called “Live At Hammersmith Apollo.” The new album The Further Adventures of… picks up where the live DVD left off and features the driving groove of album opener - and first single - “Rock And Roll Queen”(pre-order the album https://itunes.apple.com/gb/album/further-adventures-of...-bonus/id845636885 and get "Rock And Roll Queen" instantly). The collection also includes the good time of rock-n-roll tune “One Of The Boys,” and ballad “The Journey,” plus the drum heavy song “Violence.” This LP is set to bring out a rich and much loved seam of British songwriting to a whole new audience. The album was produced by Joe Elliott with co-production by Ronan McHugh. The album was recorded at Joe Elliott’s own studio Joe’s Garage.

After supporting Mott The Hoople in 2009, Down ‘n’ Outz played the main stage of inaugural High Voltage festival at Victoria Park, London during the Summer of 2010. Following this memorable performance, they toured the UK as main support to Paul Rogers in 2011.