Foreigner release 'The Best Of Foreigner 4 And More '


They are universally hailed as one of the most popular rock acts in the world with a formidable arsenal of hit songs that continue to propel sold-out tours and album chart action around the world.  Now, Frontiers Music Srl presents a homage to Foreigner’s most successful album ever with "The Best of Foreigner 4 & More".

Foreigner "4"spent more weeks at #1 on the Billboard charts than any artist in the history of Atlantic Records, including AC/DC, The Rolling Stones and Led Zeppelin, and went on to sell more than 9 million albums worldwide. Fans will see why it "Feels Like The First Time"when Foreigner debuts these new recordings of the best of Foreigner ‘4’ along with several other chart hits. The band recorded these live high-definition versions of their most enduring anthems at the Borgata Hotel’s Music Box theatre in Atlantic City on October 3rd and 4th, 2014. 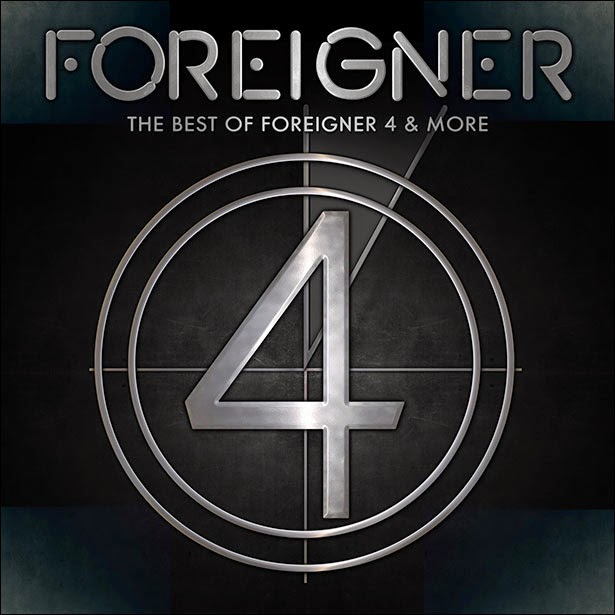 "Great songs, great performances and great production are timeless. "4" has all three in spades," says bassist and producer Jeff Pilson. "Bringing the album to life on stage with the energy and passion the band has always maintained, made us very happy.  We’re thrilled to give people a chance to really reflect on what a great and classic album '4' truly is."

Singer Kelly Hansen adds: "The idea for this recording came from the anniversary of the release as a way to celebrate. There are some tracks that were never previously performed live in this format, and it's great to be in a group with people who really 'get it' and understand how fortunate we are to be playing and performing such great material." 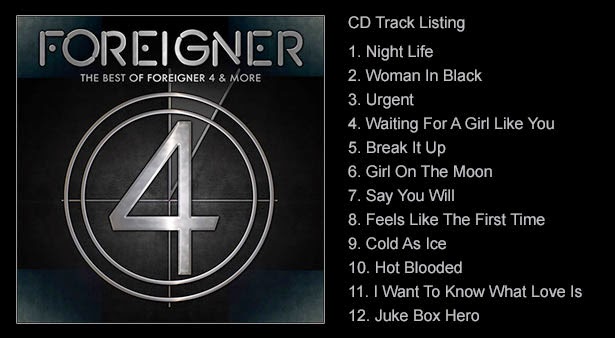 "The Best of Foreigner 4 & More" is available now for preorders via Pledge Music through this link:
www.pledgemusic.com/projects/foreigner
in CD, vinyl, limited edition posters and remake t-shirts from their 1981-1982 tour. As an exclusive for the German territory, the album will also be available in a special box packaging adding a cap to the CD.

Posted by Marilyn Michaels at 14:31