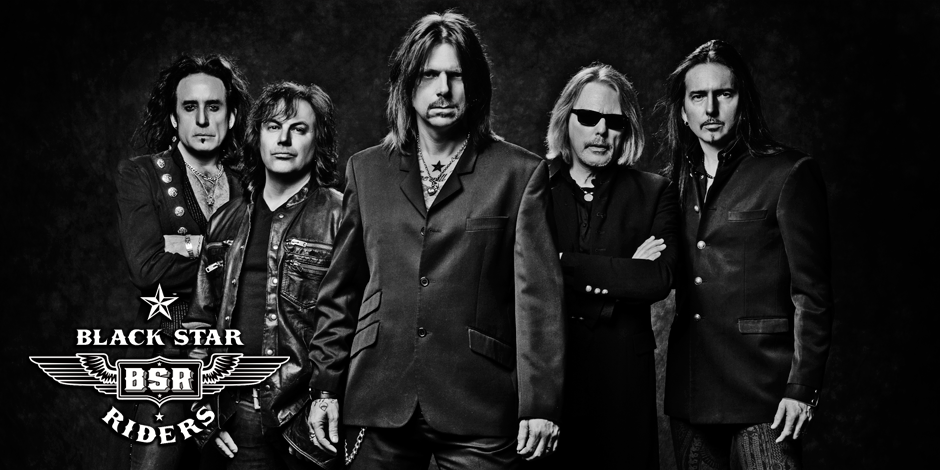 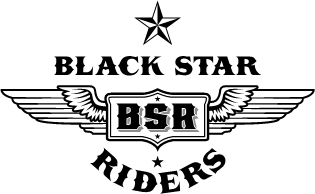 
2013 was a fantastic year for Black Star Riders.  It saw the release of their fan and critically acclaimed debut album, All Hell Breaks Loose.  The album charted well all over the world and the hot single “Bound For Glory” appeared on the tops of many year end best-of lists from outlets all over the world!

The band toured throughout Europe and Scandinavia, bringing their raw edged sound to thousands of fans.  The energy has been intoxicating!  Now it is time for the guys to continue with this momentum and create a follow up album.  Scott Gorham sums it up, “The fan response has been better then we could have hoped.  I haven’t had this much fun in years!”

When it comes to the team behind the soundboard, Black Star Riders decided to change things up this time around.  Taking over the production reins will be Def Leppard front man Joe Elliott.  Adding to the dream team will be long time Leppard sound guru Ronan McHugh.  Ricky Warwick chimes in on the reason Joe was tapped for this album.  “Joe Elliott's passion, enthusiasm for music, as a fan, artist and friend is unquestionable and Ronan McHugh is a phenomenal engineer.  Personally having worked with these guys before, it was a no brainer when they said they would like to produce the new BSR album. We are confident that this will be a huge leap forward in the evolution of BSR.”

Joe Elliott adds, “Having worked with Scott on the Thin Lizzy remixes a few years ago & having produced Ricky’s 1st 2 solo albums, I’m looking forward to taking our musical journey together even further. We’re aiming to make a serious leap forward with the next album & I’m proud to be able to contribute to the next chapter in the BSR story.

Black Star Riders is set to enter the studio in Dublin, Ireland in October 2014 to start recording their follow up release.   Damon Johnson adds “We are all excited about working with Joe, he is like part of the family.  And recording this album in Ireland is a special treat for us.”
The new, as yet untitled, album will be released in the spring of 2015 through Nuclear Blast – the label behind acts such as Anthrax, Nightwish and Meshuggah. Black Star Riders are one of the first bands signed by Monte Conner – the former Roadrunner A&R guru who has signed acts such as Slipknot, Machine Head, Sepultura and Rush. Conner recently joined Nuclear Blast as the president of Nuclear Blast Entertainment, a new U.S. partnership he co-founded with Nuclear Blast owner Markus Staiger.
The band will continue to storm stages all over the world throughout the spring and summer of 2014.  For the latest info on Black Star Riders, check out their website or official Facebook page.
Website: www.blackstarriders.com
Facebook: www.facebook.com/BlackStarRidersOfficial
Posted by Jon Kirkman at 15:06