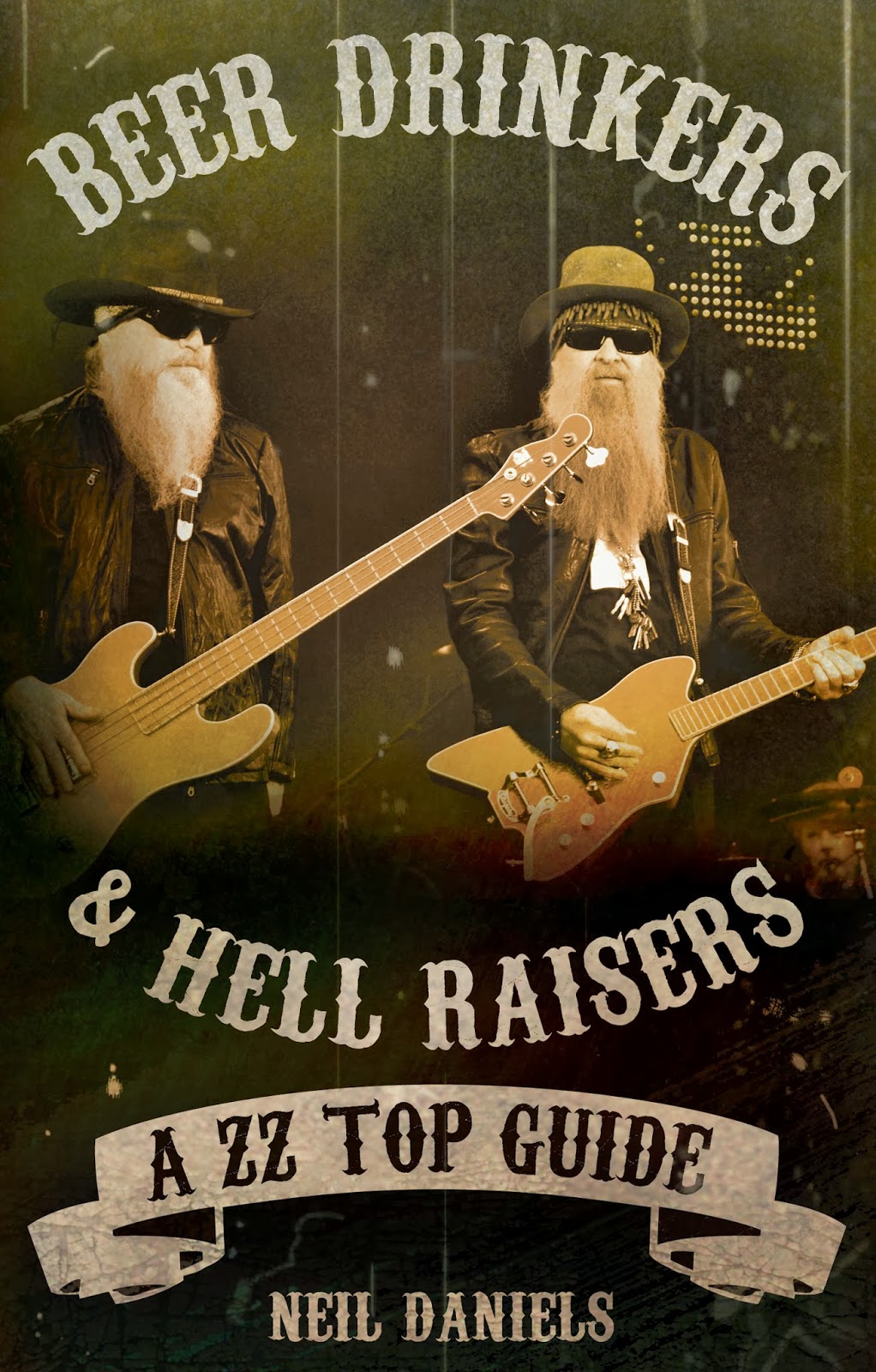 The Ultimate Guide To Those Sharp Dressed Men
There are surprisingly few books about ZZ Top considering what a huge band they are. Top rock writer Neil Daniels rectifies that with an unashamedly joyous celebration of the Texas trio, who are celebrating their 45th anniversary in 2014.
What fans get here is a history of the band from their pre-ZZ Top outfits through to the present day, along with analysis of their albums, gigs and (of course) videos. Neil also looks at the great blues players, country musicians and rock acts who have influenced the band, plus who the band have themselves influenced, and a look at their peers.
There is also a section on ZZ Top trivia, which will amuse folks. For example, Billy Gibbons is an ordained minister in the Universal Life Church Ministries and performed the marriage ceremony for a couple at a Houston branch of IKEA in 2008.
Neil also looks at the band’s many awards, appearances on TV and film, a discography and more.
There are some rare photos, and the whole thing is top and tailed with a foreword and afterword from top rock writers Steve Rosen and Martin Popoff respectively.
Neil Daniels is the author of over a dozen books on rock and metal and has contributed to many music magazines, fanzines and websites. Visit www.neildanielsbooks.com

Book available to purchase from website below or Amazon
http://www.soundcheckbooks.co.uk/
Posted by Jon Kirkman at 15:14