Bonafide and Afterlife Hit The Road Across the UK In March 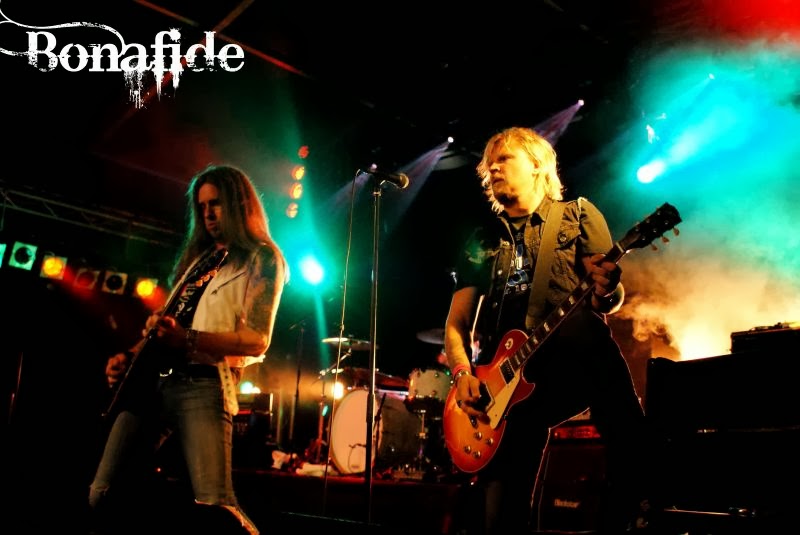 Bonafide and Afterlife Hit The Road Again In March.

Swedish hard rockers BONAFIDE returned in 2013 with a vengeance. "BOMBO", a Pulp Fiction style tale of rock´n´roll debauchery over 10 chapters, saw the band return to the in your face, crotch kicking sound of their first three albums. BOMBO is BONAFIDE´s fourth full length album, and the third to be produced by singer / frontman and main songwriter Pontus Snibb. The first single release from the album; "Harmony", witnessed BONAFIDE bringing down the tempo slightly but still holding true, the Bonafide hooks and shredding skills throughout its production. "Harmony" is a perfect example of Pontus quite eclectic, yet very Blues / R´n´B oriented songwriting and will be sure to be a popular addition to most radio play lists over the course of the year. 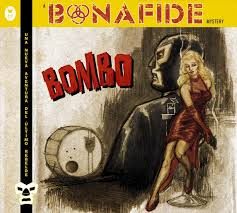 Rest assured: "BOMBO" is nothing but total pure n classic BONAFIDE at its very best. All the elements that make BONAFIDE one of the best new hard rock bands on the scene today are here: the energy, the tongue n cheek lyrics, the marvelous guitar playing and the thunderous rhythm section. Get ready for yet another thrust of pure Rock n Roll debauchery as the rebels ride again...
Two of their singles, “Doing The Pretty” and “Fill Your Head With Rock” was among the top tracks in Classic Rock Magazines “Top Tracks OF the Year” in both 2011 and 2012! In 2011 BONAFIDE made their UK debut, and has since done five highly successful UK tours, culminating in a massive performance at last year’s Hard Rock Hell Festival. BONAFIDE toured extensively in 2013 – including as special guests to The Quireboys full UK tour.

They set out as headliners in early 2014 supported by Scottish rockers Afterlife. Dates are as follows

Single: “Energy” – OUT NOW
Album: “Omega” – OUT NOW
OMEGA is the debut full length album from Afterlife, available digitally and in physical CD format on the 2nd Dec 2013 via Off Yer Rocka Recordings.

Afterlife are a Hard Rock band from Glasgow, Scotland. Formed in early 2011 the band came together during down time from other projects and the drive to stay musically creative. It wasn’t long before Afterlife became the primary focus for all of the members. In July 2012, Afterlife independently released their debut E.P. ‘ALPHA', which featured six tracks including; 'Afterlife', 'Never Fade' and 'Don't Come Cryin' To Me', all of which received UK and European radio play.

OMEGA was recorded during the summer of 2013 at a secluded studio overlooking Loch Fyne in Scotland and features 11 all new tracks including; ’What Do We Die For’, ‘Way Back Home’ and ‘Lost’. January 2014 will see the release of a single “Energy”, taken from the album and featuring a killer video that can be seen here:
http://www.youtube.com/watch?v=Fp0AlA8cSCg&feature=youtu.be
The band have just confirmed a series of UK dates in 2014.

Tickets available from all usual outlets

Official Video For "Energy" from Afterlife