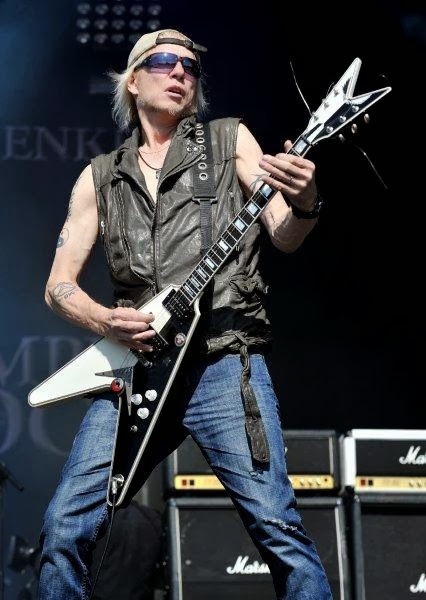 It's universally agreed that Michael Schenker is one of the greatest heavy metal/hard rock guitarists of all-time, as the amount of renowned guitarists that list him as a prime influence is off the charts. And on his newest release, 'Bridge the Gap,' this German guitar great has united with his old rhythm section from the Scorpions days - bassist Francis Buchholz and drummer Herman Rarebell - as well as enlisting ex-Rainbow singer Doogie White, plus guitarist/keyboardist Wayne Findlay. And if that wasn't enough metallic star power, none other than Don Dokken lends his vocals to an exclusive track ("Faith") only available on the album's "deluxe edition."

Check out a trailer for the album here:

http://www.in-akustik.com/PR-Portal/MadiaKit.asp?bid=1266631039&lang=en#Video
Michael Schenker will kick off the first round of 2014 dates with a US trek, which will feature a line-up comprised of Schenker, White, and Findlay, as well as bassist Rev Jones and drummer Pete Holmes, before the "album line-up" will take over for a World Tour starting in Japan in March.

And now, a word from Schenker himself:

Hello America-
I am very much looking forward to touring the States in Jan/Feb, and to introducing my new singer, Doogie White, and material from our brand new album, 'Bridge the Gap.' Doogie, Wayne Findlay and myself will be promoting our new album in the States before teaming up with the album line-up for a World Tour starting in March in Japan. We are all looking forward to rock you. 'Til then, keep on rocking.
Best,
Michael

Get ready to rock with Schenker's latest killer set of guitar wizardry, 'Bridge the Gap’! 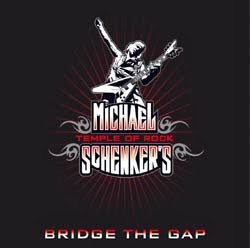 You can listen to Michael Schenker talking to Classic Rock Radio's Jon Kirkman about the album and the tour here: