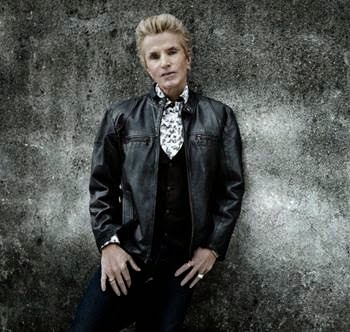 Frontiers Records are sad to announce the death of Dennis ‘Fergie’ Frederiksen, who recorded and released his final two studio albums with the label (’Happiness Is The Road’ and ‘Any Given Moment’) while suffering from inoperable cancer that he had announced in 2010.

Fergie was an American rock singer best known as the former lead singer of Trillion, Angel, Le Roux and Toto, as well as a background vocalist for Survivor. He contributed to hit singles in three consecutive years, all with different bands: Survivor - ‘American Heartbeat’ (1982), Le Roux - ‘Carrie's Gone’ (1983) and Toto - ‘Stranger in Town’ (1984).

After taking a few years out of the music industry, he returned in the mid-1990s to release albums such as ‘Frederiksen/Phillips’ (a collaboration with Ricky Phillips) in 1995 and ‘Equilibrium’ (which featured Phillips, Neal Schon, Steve Porcaro, Jason Scheff and Dave Amato) in 1999. In 2002 he joined the band Mecca, while he also toured with the World Classic Rockers and the Voices of Classic Rock.

Frontiers Records label president Serafino Perugino has the following to say about Fergie :

“Fergie has always been special to us. Since day one we tried to sign him to the label and while we needed a few more years to finally start working together, all experiences with him have been nothing but a pleasure. A fine artist, brilliant singer, lovely person – even more after we finally got to meet when he came to see us during the recording of his last album ‘Any Given Moment’. He said that day was special to him and certainly it was for us all too. I had the chance to say goodbye to him some weeks ago and was so emotional. We miss you so much Fergie, God bless you!”