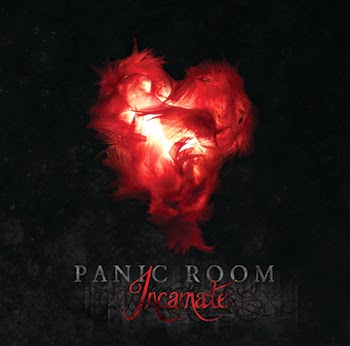 Pre-orders will be posted 2 weeks before the official Release date of 10th March, so by ordering now you will get your hands on the new music in late February, before it's generally available.
But! The band will also be hosting an exclusive Album Launch Event at The Gate Arts Centre in Cardiff on Friday, 7th February... and ticket-holders will be walking away with their very own first-edition copies of the album on the night!!!

The band will all be there, and they have rehearsed an EXCLUSIVE live acoustic set for the night!
Guests will also hear the entirety of the new album over the venue's professional PA system, while enjoying the bar and some nibbles!

After the opportunity to meet & greet with the band, everyone will go home with a Goody Bag containing the new album (signed at the Launch), a high-quality artwork print of the album cover, an exclusive Album Launch T-shirt (only available from this event), and some other goodies!

It will be a wonderfully unique and intimate night...
and the band can't wait to share this special occasion with you and their own families!
Tickets are now extremely limited, so please move very quickly if you would like to attend this exclusive event.

Recorded at Sonic One Studios in South Wales, the band were keen and very proud to work once again with their trusted engineer Tim Hamill - Tim has been the 'hands and ears' behind the critically-acclaimed sound on Panic Room's previous albums :   Visionary Position (2008),  Satellite (2010), and  S K I N (2012).

Combining the band's sonic vision with the very best engineers in the business (including final album-mastering with Jon Astley at Close To The edge, the talented PANIC ROOM team have created an album which will blow you away on first listen... Then burn its way into your heart and stay with you forever.

Track Listing:
Velocity
Start The Sound
Incarnate
Nothing New
The Waterfall
Into Temptation
All That We Are
Searching
Close The Door
Dust