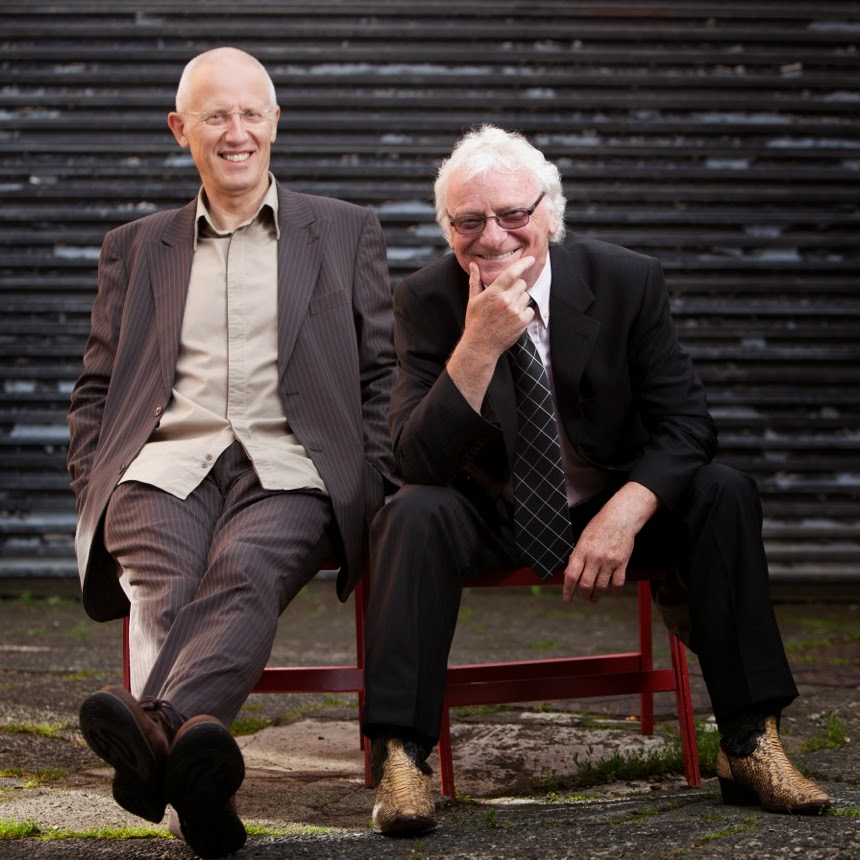 PROLOGUE by Ray Laidlaw
“I was a member of Lindisfarne from its conception and loved nearly every minute of it. Billy Mitchell and I first met and made music together in our mid-teens when he was guest vocalist for future Lindisfarne members Simon Cowe, Rod Clements and I in our group, Downtown Faction.

We asked Billy to join Downtown Faction in 1968 but he wanted to concentrate on his own band, we kept looking and asked Ray Jackson who agreed and became part of our group just before we changed the name to Brethren. Shortly afterwards Alan Hull completed the line-up and Brethren became Lindisfarne. Billy watched our success from the sidelines and we approached him again in 1972 when Alan Hull was considering quiting touring with Lindisfarne and concentrating on songwriting. That plan didn't materialise and the original group split in two, creating Lindisfarne Mk 2 and Jack the Lad whose members were Rod Clements, Simon Cowe, Billy Mitchell and me.
I
n the 1980's Billy played in the Lindisfarne offshoot Pacamax with Alan, Rod and I and then following Alan's tragic death in 1995, he joined Rod Clements and I in the Mk 3 version of Lindisfarne which toured for eight years during which we made two studio albums. Billy and I have been bosom buddies since 1966 so he's had the inside track on Lindisfarne from it's formative days till the the Mk 3 retired in 2003.

We tell the Lindisfarne Story through words, music and a fantastic selection of archive songs and pictures, it's a product of fifty years of friendship and musical collaboration that tells the tale of a bunch of Geordie lads who followed their dream and shared a lot of laughs, a few tears, and a barrow load of fantastic music”. (Ray Laidlaw)

Lindisfarne was Tyneside's best-loved band for over thirty years and The Lindisfarne Story is a celebration of the group's music and achievements. The show is devised, written and performed by drummer/founder member Ray Laidlaw, and Billy Mitchell, front man for the final eight years of the group. Ray and Billy perform acoustic versions of Lindisfarne's classic songs and tell the inside story of the group's rise to fame, from Whitley Bay to San Francisco Bay, from Rothbury to Glastonbury. They describe the group's early days on Tyneside in the 1960's hustling for gigs and their rise to fame in the early seventies. The show is illustrated with personal archive photographs and video and describes their worldwide tours, festival successes and TV appearances, their triumphant return home and their unique relationship with Newcastle City Hall, venue for over 130 Lindisfarne performances. Lady Eleanor, Meet Me On The Corner, Fog on the Tyne, Run for Home, all of these songs have a story behind them. Enjoy hearing them again in an intimate venue and discover what was the inspiration behind their composition. You'll hear how the classic songs developed and how Bob Dylan's producer helped Lindisfarne to focus their musical ideas and burst through the glam and manufactured sounds around them to become one of the major British groups of the seventies.

In 2014 the appeal of Lindisfarne is as strong as ever, EMI recently released a 40th anniversary limited edition vinyl version of the certified platinum'Fog On The Tyne' album. Newcastle City Council unveiled a blue plaque on Newcastle City Hall honouring the life and work of the late Alan Hull, the band's much-missed songwriter and singer and in December 2013, "Ray Jackson’s Lindisfarne" performed several concerts around the North East.
As one of 20 ‘notable and inspiring’ names from Tyneside chosen by the public, Lindisfarne have had their name cast in bronze for a Hollywood-style ‘Hall of Fame’, commemorating their contribution to the North East. The band’s name is immortalised alongsideSir Bobby Robson, Sting, Kathryn Tickell, Alan Shearer and ‘Auf Weidersehen, Pet’ writers, Dick Clement and Ian La Frenais along Gateshead Newcastle Quayside.

The Lindisfarne Story has captured the imagination of the fans and media:
'Just a line to thank you all for a fantastic night’s entertainment in Whitley Bay Saturday past. We were a group of 8 and each and every one of us had a fabulous night. After many years front of house in large venues worldwide I doubt I have enjoyed myself more.'
(John Tweddle)

'The Lindisfarne Story at the Gala Theatre in Durham last night was fantastic...thank you !' (Mary Douglas)

17th WIGAN - Parish Church,Crawford St, Wigan WN1 http://www.acoustic-roots.co.uk/gig-calendar/ Tickets are £15.00 (adv) or £17.50 (door). www.wegottickets.com OR Symphony Music Market St,  Wigan and The Coven Restaurant, Hallgate, Wigan. Also available from David Cartlidge on dtcartlidge@gmail.com or ring 01942 824291 or (by prior arrangement) to personal callers at our address. If I’m posting them out please add a SAE or £1 for p+p.