Seminal rock act The Dandy Warhols are excited to be hitting the UK this June/July for a tour in support of their latest release, and first ever live album 'Thirteen Tales From Urban Bohemia Live At The Wonder'.  Available Here:
http://ter.ly/13TalesLive

The album, which was released via The End Records in March, was recorded in their hometown of Portland, Oregon at The Wonder Ballroom during the Band's 13th anniversary tour of the breakthrough album 'Thirteen Tales From Urban Bohemia', known world round for the hit track 'Bohemian Like You'.

The Dandy Warhols are also featured on the Veronica Mars motion picture soundtrack, released earlier this month to rave reviews by press and fans alike! 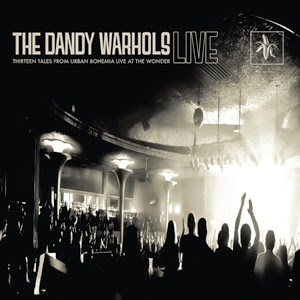 Fans can go to
www.dandywarhols.com

For tickets and information for upcoming tour dates.
Posted by Jon Kirkman at 15:26