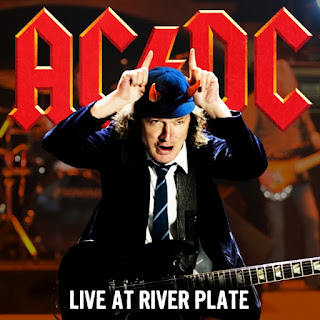 AC/DC's first live album in 20 years, "AC/DC Live At River Plate," is coming Tuesday November 20th. Recorded in Buenos Aires in December 2009 in front of nearly 200,000 fans, "AC/DC Live At River Plate" is the ultimate live recording, chronicling one of the largest rock shows in history.
The album tracklisting is listed below
The album is also released as a limited edition three disc vinyl set pressed on red vinyl. This edition can be pre ordered via the website below