The Sunflower Jam 2012 - An Incredible Night! 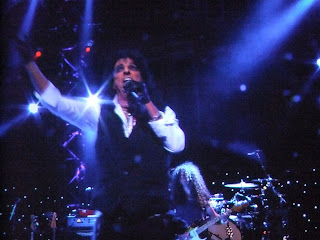 
Brian Auger and Sandi Thom were a joy to watch , I especially loved ‘Wheels On Fire’ and
'November Rain' Beautiful!

I wasn’t sure what to expect from Alfie Boe, don’t misunderstand me, he has a stunning voice that I appreciate & enjoy, but I was very pleasantly surprised and impressed hearing him get his rock socks on singing Led Zep's Rock And Roll
and Foreigner's I Want To Know What Love Is

Seeing Kerry Ellis & Brian May deliver a stunning version of Rainbow’s Since You’ve Been Gone was just well..frankly awesome.! 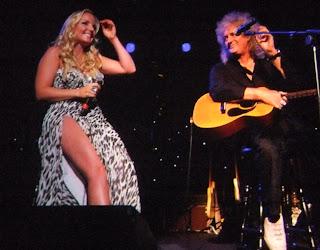 ﻿Kerry Ellis and Brian May
There probably wasn't a dry eye in house during the very moving tribute to Jon Lord, which was in the form of a letter to Jon penned and read by vocalist Steve Balsamo (who had worked with Jon in recent years ) Steve and violinist Anna Phoebe then performed Pictured Within (which was written by Jon ) This was accompanied by stills and footage of Jon. It was hauntingly beautiful. A well deserved standing ovation for a gentleman who will be missed by so many and gave so much to music

I really must give special mention to the Big C Choir who got a well deserved standing ovation for ‘ Something Inside So Strong / It's My Life‘ -they sung their hearts out and had an obviously fantastic time doing so. So what that it wasn’t pitch perfect, I’m mentioning this because unlike the others who were appearing at the Jam the Big C Choir are not ‘pros’, many of them had never sung in public before, but they do have a common link , they are people who are in, or have undergone, treatment for cancer. A very brave bunch in every way possible, and they brought tears to many eyes, including mine. I take my hat off to them. 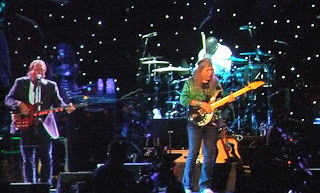 Naturally I expected Bruce Dickinson, Alice Cooper and Brian May to rock loud n proud – and they did just that! Bruce brought his energetic touch to Thin Lizzy 's Emerald & The Who 's Behind Blue Eyes 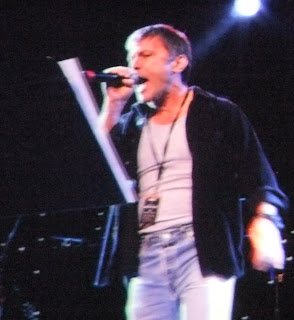 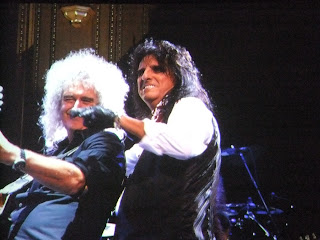 Brian May and Alice Cooper