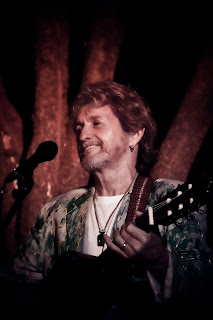 Asheville, NC - Legendary vocalist Jon Anderson, YES's singer/songwriter for 35 years along with his successful work with Vangelis, Kitaro, and Milton Nascimento, will be touring South America again this September, October, after his acclaimed previous tour had his many fans wanting more!

In honor of the World Cup to be held in Brazil in 2014, Jon has written a tribute the the event titled "Brasilian Music Sound", with music from his good friend Christophe Lebled. Here's a video of Jon's new song created by Victor Cristean: www.youtube.com/watch?v=Ijih_zqMRks

In other news, Jon played a special one-off concert on August 8th at the Sadler's Wells Theater in London, which was by all accounts a smashing success! This was the first time Jon had performed in the UK since his tour with Rick Wakeman in 2010. “The concert in London was with the Slovakian Chamber Orchestra with the help of my good friend composer Peter Machajdik plus a semi acoustic group I performed with a couple of years ago in Bratislava,” says Jon. In honor of the UK 2012 Olympics, Jon recorded a vocal version of the Vangelis song "Chariots of Fire" titled "Race To The End", with lyrics penned by Jon. The song can be purchased at:
http://www.amazon.com/Race-to-the-End/dp/B008PNX14Q/ref=sr_shvl_album_1?ie=UTF8&qid=1345046374&sr=301-1