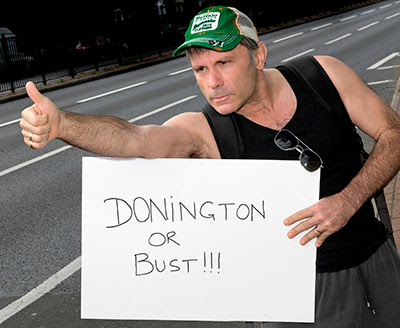 Having recently completed the North American leg of the MAIDEN ENGLAND WORLD TOUR, IRON MAIDEN will now be storming across Europe in 2013 playing stadiums, major festivals and arenas with this critically acclaimed show. The first date to be announced is at the UK’s Download Festival on Saturday June 15th when Maiden return to the legendary Donington Park to headline for a record FIFTH time! (following 1988,1992, 2003 & 2007).


Bruce Dickinson says, “We were completely overwhelmed by the reaction from our North American fans to the MAIDEN ENGLAND Tour, which was our most extensive tour there for many years. Some of the cities we played we hadn’t visited in over twenty years so had no idea what to expect! But the opening night in Charlotte was packed to the rafters and the crowd was amazing. This continued throughout making the whole tour very special. We had a lot of fun playing the older songs there and the fans seemed to love the set list and Eddie’s various incarnations! We all can’t wait to bring this show to our European fans.''


Ooooh we can't wait either!!! Many more European dates will be announced over the next few months – so keep a regular eye on www.classicrockradio.eu and www.ironmaiden.com for details
Marilyn Michaels
Posted by Marilyn Michaels at 19:52