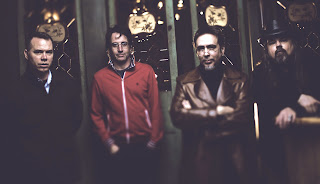 American Rock Band Brad featuring Pearl Jam guitarist Stone Gossard embark on a series of European concert dates in early 2013. The band who are on a more permanent footing will also be playing three concerts in the UK in support of their most recent album United We Stand;which was their first album under a new deal with the Razor and Tie label. The band who were formed in 1992 have released five albums including United We Stand. The current line up consists of
Stone Gossard, Regan Hagar, Shawn Smith and Keith Lowe