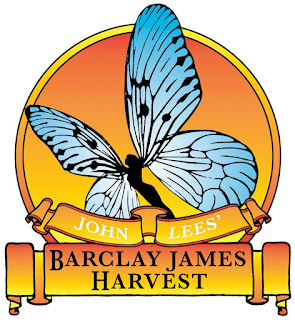 Following a successful year of high profile Festival performances, John Lees’ Barclay James Harvest have announced their most extensive UK tour in recent years, which will take place in October 2012.  Impressing critics in the early Seventies with their fusion of rock and classical music and a classic trademark of memorable songs and beautiful harmonies, they created seminal albums like Once Again (featuring the classic “Mockingbird”) and Barclay James Harvest And Other Short Stories and made their mark with stunning live performances, BJH began to enjoy greater commercial success in 1974 with Everyone Is Everybody Else and Barclay James Harvest Live, a double LP which became their first chart album.

After the tragic passing of fellow BJH founder Woolly Wolstenholme in December 2010, the band honoured his memory with a moving sold-out tribute show; later in 2011, John Lees’ BJH went on to play a triumphant series of headline festival slots in Germany, Switzerland, France (with Status Quo) and the UK, including a headline spot at the High Voltage Festival in Victoria Park, London, which was their last UK performance to date.   Following the release of the “Live at Metropolis Studios” CD / DVD set, in August 2012 John Lees’ Barclay James Harvest made their first appearance in Japan, playing a sold-out show in their own right and performing on the bill at the Open Air Progressive Rock Fest in Tokyo to an enthusiastic reception. It’s now time to bring the legacy of Barclay James Harvest back to their native UK, with the band’s most extensive tour in three years and a new studio album recording underway.

All tickets are subject to booking fee.

More Details can be found at the Band's website here:
Posted by Jon Kirkman at 12:32