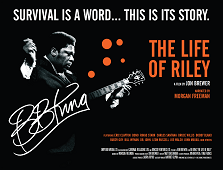 BB King: The Life Of Riley

"The invaluable and definitive autobiography on film of the last great bluesman, BB King. And much more: this movie is BB's valedictory testimony, and a monument to the essence of the blues and whence he and they came - in Mississippi delta cotton country - and their impact on us all" – The Observer

EMPEROR MEDIA is pleased to announce the release of the much-lauded film on the extraordinary life of Blues legend BB KING - opening in Cinemas across the UK on the 15th October 2012.

This powerful, insightful and heart-warming film about legendary Blues man BB King is being directed and produced by Jon Brewer. Brewer has been working closely with this gregarious and charming musician for the past 2 years, and has been given extraordinary access to his friends, family and colleagues. This is a no holds barred, powerful documentary feature that explores how a black cotton picker from Mississippi turned his life around, battled against all the odds and unrelenting racism to overcome even the toughest critics in the entertainment industry and become ‘KING OF THE BLUES’, performing over 15,000 gigs and selling in excess of 40 million records worldwide to date. One particularly poignant scene shows BB King jamming at the Whitehouse with Barack Obama – this is much more than a music documentary. It is this essence of BB’s story; highlighted by rare archive photos and footage, along with personal interviews, that make this a beautiful, informative and visually captivating feature documentary, all bound together by BB’s trademark sound.

To tie in to the film release Universal Music will be releasing an Original Soundtrack, “BB King: The Life Of Riley” OST, with songs from the film, on the 22nd October 2012. This will be preceded on the 24th September 2012 with a lavish 10 CD, 194 track box set collection chronicling his entire career from his first recordings in 1949 through to his most recent studio album. Entitled “Ladies And Gentlemen…Mr. BB King”, the box set celebrates his 50th Anniversary signing to ABC-Paramount Records in 1962 through a multi-format career retrospective. The boxset is available on the website below

Prior to a DVD release later in 2012, “BB King: Life Of Riley” will be showing across the UK on the 15th October 2012. Cinemas confirmed so far are below. Tickets go onsale 5pm GMT Friday 14th September 2012.

Tickets will be priced £10 and booking information is available on http://www.odeon.co.uk/fanatic/odeon-plus/music/

Tickets will be priced £10 and booking information is available on www.showcasecinemas.co.uk 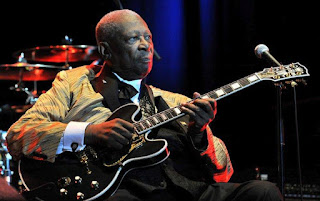