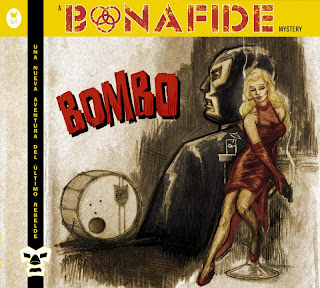 
Bonafide release the all guns blazing BOMBO as their 4th studio album this fall.

Swedish hard rockers BONAFIDE are back with a vengeance. "BOMBO", a Pulp Fiction style tale of rock´n´roll debauchery over 10 chapters, sees the band return to the in your face, crotch kicking sound of their first three albums. BOMBO is BONAFIDE´s fourth full length album, and the third to be produced by singer / frontman and main songwriter Pontus Snibb and will be released worldwide via "Off Yer Rocka Recordings" on 1st September 2013.

The first single release from the album; "Harmony", witnesses BONAFIDE bringing down the tempo slightly but still holding true, the Bonafide hooks and shredding skills throughout its production. "Harmony" is a perfect example of Pontus quite eclectic, yet very Blues / R´n´B oriented songwriting and will be sure to be a popular addition to most radio play lists over the course of the year.

Rest assured: "BOMBO" is nothing but total pure n classic BONAFIDE at its very best. All the elements that make BONAFIDE one of the best new hard rock bands on the scene today are here: the energy, the tongue n cheek lyrics, the marvelous guitar playing and the thunderous rhythm section. Get ready for yet another thrust of pure Rock n Roll debauchery as the rebels ride again...
Bonafide – A Short Biography:  Pontus Snibb (LV/G), Mikael Fässberg (G), Martin Ekelund (B), Niklas Matsson (D):

Since their formation in Malmö, Sweden late 2006, BONAFIDE has grown to be one of Sweden’s most popular and hardest working rock bands. Singer and front man Pontus Snibb got the band together in an urge to play loud and raunchy hard rock true to it’s roots in the electric blues and early R´n`B. BONAFIDE spends most of their time on the road throughout Europe, constantly building an ever growing fan base all over the continent. Their two latest albums have both secured the number One slot in the Swedish rock chart, and besides playing clubs on their own, they have supported bands such as Deep Purple, Europe and Status Quo only to name a few.


Two of their singles, “Doing The Pretty” and “Fill Your Head With Rock” was among the top tracks in Classic Rock Magazines “Top Tracks OF the Year” in both 2011 and 2012! In 2011 BONAFIDE made their UK debut, and has since done five highly successful UK tours, culminating in a massive performance at last year’s Hard Rock Hell Festival. BONAFIDE will tour extensively in 2013. As special guests to the Quireboys, they begin a full scale World Tour in Bristol (UK) on October 6 that will take the band throughout Europe and beyond. 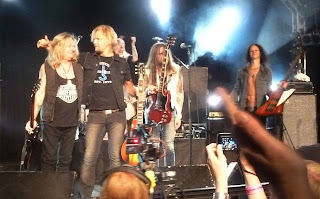 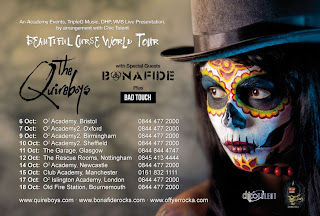