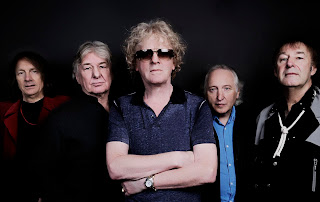 Mott The Hoople
UK Tour Dates – November 2013
Announce Special Guests Thunder and support from Fish (formerly of Marillion) at
The O2 London date
“Now people realise that we were innovators. When you work as hard as we did, you appreciate that” - Ian Hunter
“On tour as support to Mott The Hoople (the only time Queen ever supported anyone), I was always conscious that we were in the presence of something great, something highly evolved, close to the centre of the Spirit of Rock ‘n’ Roll, something to breathe in and learn from.”  -  Brian May
“I was into Mott The Hoople then The Clash came and I got into them, because one's prepared you for the other”  - Bobby Gillespie, Primal Scream
“My favourite ever band, there's not one dud on here, but there are some great tunes with very insightful lyrics and the ultimate pop song in "Honaloochie Boogie". Joe Elliott of Def Leppard on the ‘Mott’ album 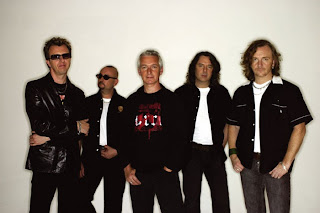 Mott The Hoople are pleased to announce that Thunder will join them as Special Guests on their The O2 London show on Monday 18th November 2013. Thunder are one of the UK’s best loved rock acts, having had 18 top 40 UK hits since 1989, and The O2 London date provides a rare opportunity to see them live in London in 2013. www.thunderonline.com 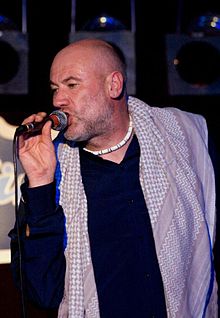 Support also comes from the legendary Fish (formerly of Marillion). He will be performing hits from throughout his career and also songs from his forthcoming new album “A Feast of Consequences”.  As with Thunder, Fish will only be appearing at The O2 London show. www.fishheadsclub.com
Thunder singer Danny Bowes says "We originally decided just to do a handful of live shows this year, but people keep offering us juicy things to do. To be asked to do this with the legendary Mott The Hoople is a great honour, and with it being at The O2 makes it a very juicy thing indeed. Fish is an old mate too, so we can't wait for November".

Formed in 1969, Mott The Hoople went on to become one of the best loved and most influential rock groups of all time. Their string of hits started with the David Bowie-penned “All The Young Dudes”, after which the band’s legend was written with original classics such as “All the Way From Memphis”,
“Roll Away The Stone”, “Saturday Gigs” and “The Golden Age Of Rock N Roll”.

The band, whose fame was established initially by their incandescent live shows, reformed to celebrate their legacy in 2009, which saw them play a series of critically and commercially successful live dates to
mark their 40th anniversary. The gigs, including a 5-night, sold-out stint at London’s Hammersmith Apollo, were the first time the original lineup had played together in over 35 years, and brought a tear to many a fan’s eye. The universally lavish praise for them included a 5/5 Daily Telegraph review that declared “Mott The Hoople storm back to London for a dazzling night at the Hammersmith Apollo.”

All tickets are priced £40, except The O2 London, which is £45 – subject to booking fee and available through www.aeglive.co.uk

www.mottthehoople.com
Posted by Jon Kirkman at 12:03