Richie Sambora 'Come Back as Me' 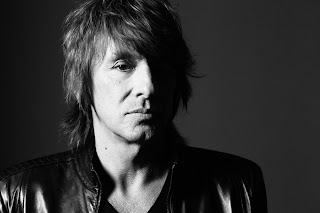 Founding Bon Jovi member Richie Sambora has been an integral part of one of the world’s most beloved bands. He’s created some of the most instantly recognisable guitar sounds and penned many  great rock anthems

Although  Richie  may not be currently touring with Bon Jovi, ( he pulled out of the “Because We Can Tour” due to “personal issues.” ) it's always great to see new material from Richie and his solo work over the years has been brilliant.

The guitarist-singer-songwriter has  been using the recent  break from touring  well and just released a brand new solo single on YouTube. (view HERE )

“Come Back as Me” is certainly a defiant stomper of a track , seasoned with an addictive catchy chorus.

Since everybody was diggin stuff figured I'd lay something new on ya. And the lyric is pretty timely....''
I'm sure there will be plenty of speculation about that comment!
While on the subject of Sambora,  the hauntingly beautiful  single I'll Always Walk Beside You is still  available for download on www.richiesambora.com and 100% of the proceeds from each download  benefits the American Red Cross 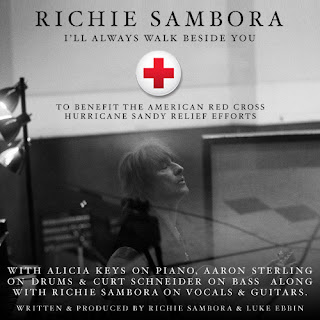