SUPERTRAMP’S ROGER HODGSON RETURNS TO THE U.S. WITH BREAKFAST IN AMERICA TOUR

Following on the heels of sellout shows in Australia, the U.K., and Europe, Supertramp’s Roger Hodgson will return to the U.S. with his Breakfast in America Tour. A series of select dates start August 11 at the Pacific Amphitheatre in Costa Mesa, California, and will include at least eight other stops on both coasts.

Concurrent with the tour, Hodgson has announced the forthcoming release of a new CD, Classics Live 2. The disc joins Classics Live 1 in the Hodgson catalog, which is available through his Store and iTunes.

Critically hailed as one of the most gifted composers and lyricists of our time, ironically many in the U.S. may not know the name Roger Hodgson, but would instantly recognize his voice and the classic Supertramp hits he wrote and sang: “Give a Little Bit,” “Take the Long Way Home,” “Dreamer,” “The Logical Song,” “It’s Raining Again,” and “Breakfast in America.”

Hodgson helped propel Supertramp to international superstardom in the 70’s with album sales of well over 60 million, including 1979’s stellar blockbuster, Breakfast in America, which alone sold upwards of 20 million copies. Timeless in nature, his songs have played on the radio continuously for more than thirty-five years. Now, in concert, Hodgson reignites memories and emotions with a heart-stirring voice that both critics and fans declare is sounding better than ever.
Uniting generations, Hodgson transports baby boomers back to their youth while giving younger concertgoers a taste of why his classic songs have endured. With his repertoire also including fan favorites such as “Child of Vision,”  “Fool’s Overture,” “Hide in Your Shell,” “Even in the Quietest Moments,” and “School,” audiences are once again experiencing the magic and spirit that Hodgson created with Supertramp. Accompanied by a four-piece band, Hodgson also performs favorites from his solo albums such as “Only Because of You,” “Lovers in the Wind,” and “In Jeopardy.”

“The power of the music was indisputable with many of the audience in tears of joy at the memories and emotions the songs evoked.  It was like seeing Supertramp back in their heyday.”  Evening Herald

“Frequently entertaining the audience with stories about the origins of his songs, Hodgson connects deeply with the fans in a way few stars of his stature do.”  San Diego Reader

“Remarkably, the humble musical legend is back and his signature voice sounds stronger than ever… to see and hear Roger Hodgson in concert today is simply to experience a sort of musical homecoming.”
Rolling Stone

"This is the real deal: a legendary music man, in brilliant form and shimmering presence, supported by a tight, terrific band. When you can catch a show, go. An evening with Roger Hodgson will raise your standards of concert-going."
Huffington Post

The Breakfast in America Tour U.S. Dates Are: 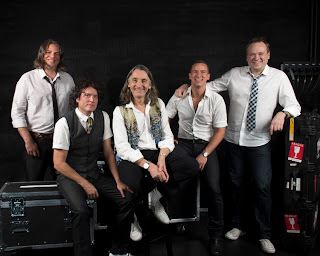