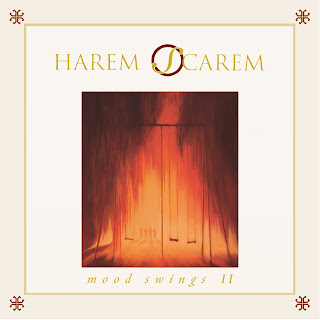 Tracklisting:
CD:Saviors Never Cry; No Justice; Stranger Than Love; Change Comes Around; Jealousy; Sentimental Blvd.; Mandy; Empty Promises; If There Was A Time; Just Like I Planned; Had Enough; World Gone To Pieces; Anarchy; Brighter Day.

Harem Scarem disbanded after the release of their last album “Hope” in 2008. Five years later, rumours about a possible reunion for some shows started to circulate and were confirmed once Firefest announced the band as headliner of the first night of the event on Friday October 18th when the band will perform the entire Mood Swings record live, since they had never officially toured that release outside of Canada. Harem Scarem loved the idea and this led to booking an extensive European and Asian tour, including the band’s second show ever in the USat the Melodic Rock Fest 3 inSeptember in Chicago.

As the idea developed the band decided to do a modern recording of “Mood Swings”, trying to keep true to the original intent as well as writing and recording three brand new tracks. Then it was decided to include a "making of " video and also to have four songs broken down into individual audio tracks, so that fans can re-mix or play along with the songs.